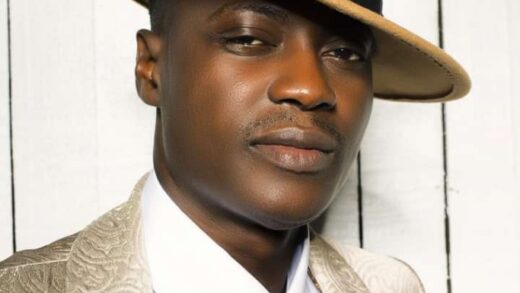 Popular singer, Lanre Fasasi better known as Sound Sultan, is dead. The 44 years old Jagbajantis crooner, lost it to his battle with cancer of the throat. His death was announced in a statement Sunday morning by his family.The family said Sound Sultan died on Sunday of Angioimmunoblastic T-cell Lymphoma.a Sound Sultan’s career in show business started in the 1990s, when he hosted shows to raise money for studio sessions. By 1999, he had won numerous local talent-hunt shows. He released his first single “Jagbajantis” in 2000, which was a hit in Nigeria After independently releasing other singles and featuring in hit songs of other artists, he was signed by […] 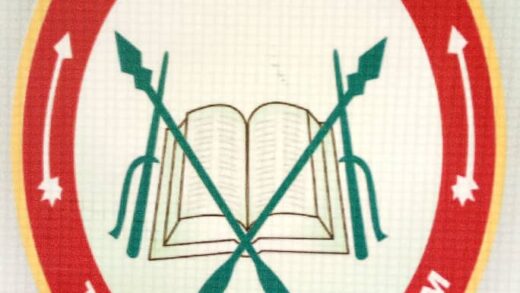 The Berom Community North America has set its 2nd Biennial Convention to hold from 5th-7th November, 2021. The theme of this Year’s Convention is “Wot Vok Ngon Mot Naka Da Nahwol Mot Nisi Daka” translated in English as “Harnessing Our Culture for a Better Tomorrow” The event promises to be educative, entertaining and display the rich culture of the Berom. The event will hold at Best Western Canoga Park Motor Inn, Winnetka, California, USA. To be part of the auspicious event, one must be a Member of Berom Educational & Cultural Organization , Berom Women Development Association and Berom Youth Moulders – Association . Registration started on 29th June, […] 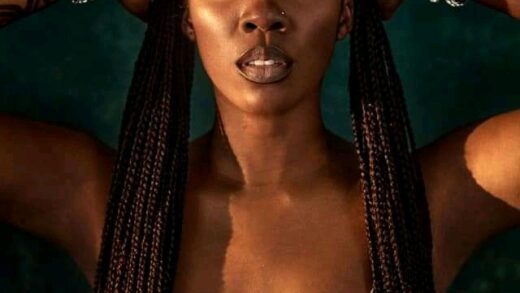 Singer Tiwa Savage has declared her desire to find love and to experience it once again. The ‘Koroba’ crooner shared her deepest wish with her fans and followers via her Instagram page. The number one African bad girl is highly optimistic that her prince charming will seek her out soonest as she is ready to be found and pampered with love. Tiwa shared a picture of herself as she looked gorgeously dressed in a beautifully tailored pink dress for Toyin Lawani’s wedding receptionShe captioned it: “Somebody’s son will find me one day.” https://www.instagram.com/p/CQCeXowLzRq/?utm_medium=copy_link Savage was married to Tunji Balogun aka “Tee Billz” Balogun. On November 23, 2013, the couple held […] 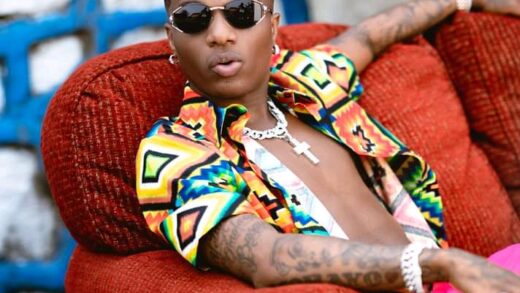 On Saturday, June 12, 2021, Grammy award-winning music star, Wizkid celebrated the 10th anniversary of his debut album ‘Superstar’. In a documentary shared on Wizkid’s Insastories, industry giants like Banky W, Ali Baba, Femi Kuti, Basketmouth, and others took turns to speak on the 30-year-old singer’s evolution since his successful debut. To celebrate the 10th anniversary of the release of the album under Banky W’s EME, Wizkid released a docu-series titled A Superstar Made in Lagos on his Youtube page and shared across his social media handles. Speaking in the docu-series, Wizkid reflects on his childhood, recalling his early days in Surulere and being the last child of his parents. […] 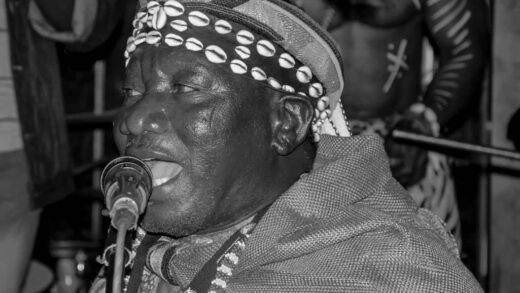 The Center For Conflict Reconciliation Collaborates with Dantala and group for a project tagged Ndengdeng for Harmony Funded by USAID/OTI Nigeria early recovery initiative . The laudable project will see Dantala and group consolidate on the peace-building process on the plateau using The Ndengdeng sound to create community theatre in six local government councils of Plateau state using unifying sound to bridge the gap for sustainable peace and harmony in plateau state. The Rich Cultural Ndengdeng sound is creatively and significantly crafted for local Plateau natural sources. The Xylophone is made from . The flute is . The raft zhiter, […] 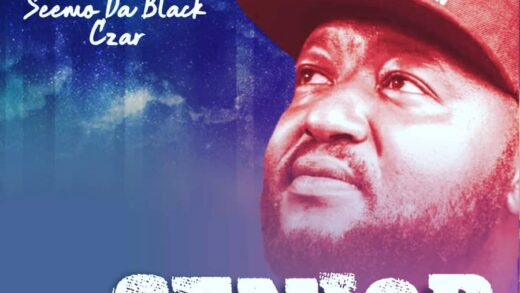 MY JOURNEY FROM JOS TO LAGOS & BACK TO JOS On the completion of my secondary school in 1998, I had one dream on my mind … That is to blow in the emerging Jos Hip Hop Music industry that had emerging emcees trying to carve a niche in the game. I started writing my lines and rhyming on the streets in 1997 with my first Hip Hop Group that metarmophosed to Ex-Members that later dropped an unsung Album. Eldee Xtra-large was a major inspiration with 110% Hip hop on Power 90.5 FM, the love for Hip Hop made me trace Eldee to […] 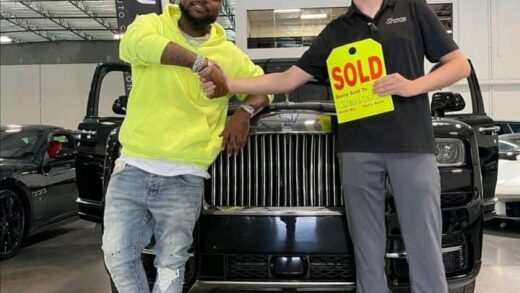 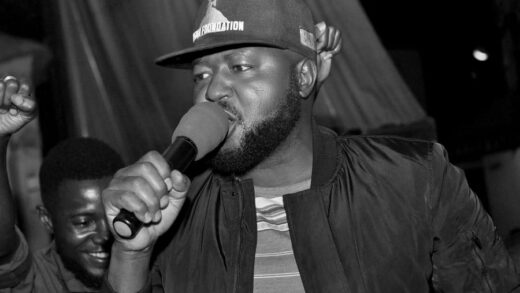 Seemo who is amongst the founders of hip-hop in Nigeria today has his new album listening titled “The Senior Man” album which contains 15 songs.Amongst the special guest were Plasmida, GIZ, Alewa House, Pman and host of Talented Jos Artistes as guests were treated to an evening of evergreen vibes from Seemo’s First Album(The Bibini Kasahari-Voice Of the Motherland released in 2006 to The Industreetz Revolution in 2007 Through to Follow Tradition in 2013 on to the New Album “Senior Man” that is set to be released on Seemo Da Black Czar’s Birthday on June 23,2021. The Songs on the New album titled: “Senior Man include:1.Harganan Big Abeg3.Wuta-Wuta ft Nannix4.Sarkin […] 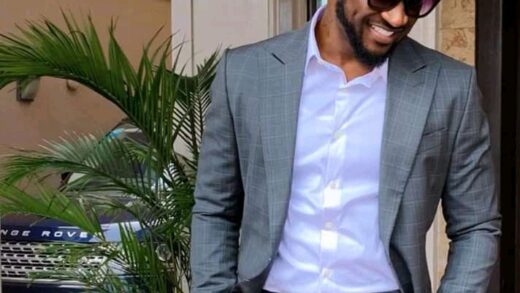 Following the release of his first-ever solo album, ‘The Prodigal,’ Mr P has expressed how disappointed he gets when his fans refer to him as just a dancer. The former member of the now-defunct music group, P-square, made this known in an interview with DJ Cuppy on her ‘Africa Now Radio’. Speaking on the inspiration behind his RnB sound, he said, “When I was working on this project I knew that every single I had released was never going to be on the album, let me tell you something, sometimes I hear people say Oh! he is not a singer, he is a dancer, that doesn’t hurt me, let me […] 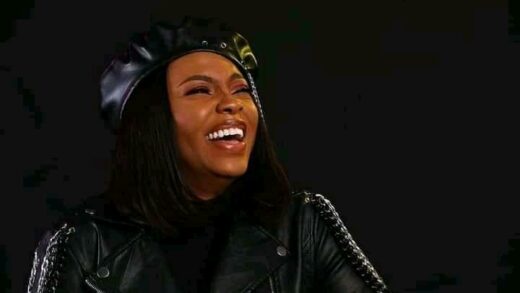 On May 2, 2021, Nigerian singer and award winner, Chidinma Ekile also known as Ms. Kedike, announced her rebrand as a Gospel artist. The announcement comes with the celebration of her 30th birthday. She made the announcement also comes via an Instagram post when she wrote that, “MY NAME IS MINISTER CHIDINMA EKILE. I’M A CRUSADER OF THE GOSPEL OF JESUS. I’M A CRUSADER OF THE GOSPEL OF JESUS CHRIST.” https://www.instagram.com/tv/COWRbgtHYt6/?utm_source=ig_web_copy_link In 2010, Chidinma rose to prominence after she won the Project Fame West Africa as a 19-year-old. Afterward, she released her debut single, ‘Jankoliko’ featuring veteran star, Sound Sultan. She then signed to iLLBliss and Clarence Peters’ record label, […]