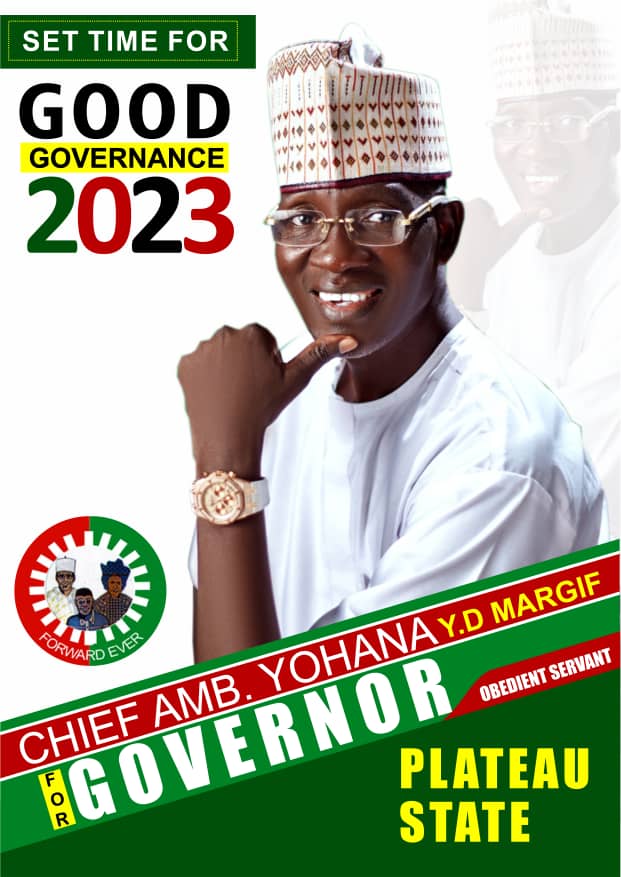 2. A Certificate of Return (COR) was directly handed over to Amb. Margif, by the National Chairman of the Labour Party at the Party Secretariat in Abuja, in a ceremony with other officials of the party.

3. On the 2nd August, 2022, Amb. Y. Y. Margif wrote a letter to INEC and Labour Party respectively, to debunk rumours that he has withdrawn from the governorship race in Plateau State, as the standard flag bearer of Labour Party.

4. On the 2nd August, 2022, rather than a response to the letter of Amb. Y. Y. Margif, the National Chairman and the Secretary of Labour Party sent a letter to INEC, to schedule a second gubernatorial primary election in Plateau State without first consulting/informing the already existing standard flag bearer, Amb Y.Y. Margif.

5. On the 3rd and 4th August, 2022, respectively, the Labour Party State Chairperson and the National Chairman individually hosted Amb. Y. Y. Margif for a brief meeting but never informed him about their plan for another gubernatorial primary election in the State.
A. 4th, August 2022,Security agencies were enlished and dispatch from Jos to Abujà to effect the arrest of Àmb Margif over minor trade dispute between himself and his associates with full influence of some persons within the Labour Party.
B.Thereafter, the Labour Party hosted a purported gubernatorial primary election on 5th August, 2022, at Ken Palace Hotel, in Jos, where one Dr. Patrick Dakum was said to have been elected as the governorship candidate of the party.

6. On 8th August, 2022, Amb. Y.Y. Margif wrote another letter to Labour Party and INEC to reiterate his non-withdrawal  from the governorship race in Plateau State.

In furtherance, Amb. Y. Y. Margif embarked on legal steps to safeguard his governorship ticket, by swearing an affidavit at the High Court of Justice at the FCT, Abuja, over his non-withdrawal from the governorship race  in Plateau State. In addition, he also applied to INEC for Certified True Copies (CTC)  of the contentious letter of Labour Party dated 2/8/2022, together with its supporting documents.

7. Upon receipt of the CTC from INEC, Amb. Y. Y. Margif observed that the purported letter and affidavit of his withdrawal from the governorship race were forged and replete with inaccuracies which he definitely wasn’t responsible for.

*Finally*, The ungodly  exercise by Dr. Dakum against Amb Y.Y. Margif is a demeaning act that demonstrates gross insensitivity to Democratic tenets. As a matter of fact, the actions of Dr Patrick Dakum raise serious issues of misrepresentation of his character and integrity. If Dr Patrick Dakum is capable of indulging in the use of  *“forged”* documents to pursue a political ambition of Governorship, then he is obviously not a suitable and a fit and proper person to be trusted with the affairs of our Beautiful Plateau State.