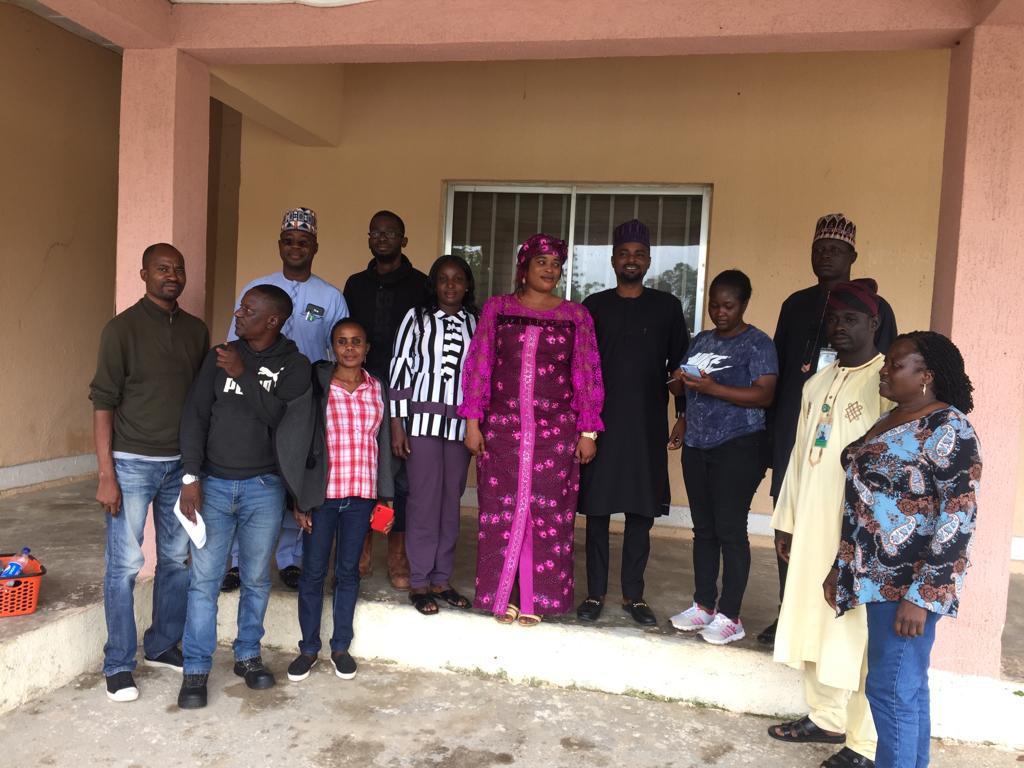 As part of processes towards the implementation of the Adolescent Girls Initiative for Learning and Empowerment (AGILE) Project, a team from the Plateau State Government on Friday August 26, 2022, undertook an assessment visit to benefitting schools Qua’an-Pan Local Government Area (LGA).

Playing host to the team before their visits to the targeted schools, the Executive Chairman Qua’an-Pan LGC of Plateau State, Hon. Ernest Abner Da’a, commended both the Federal and State Governments for the initiative, saying that the creation of AGILE would address the issues of gender gaps in school enrolments for girls and other children.

Speaking through the Deputy Chairman, Hon. Helen Henniet Wapmuk; who was flanked by the Secretary to the Council Hon. Gideon Godenaan Dashe; Hon. Da’a said the programme would restore hope to young girls in the state who had dropped out of school due to lack of either funds, cultural hindrances or inaccessibility of schools in their immediate communities.

The Council Boss expressed gratitude to the funding partners, especially the World Bank, for extending the project to Plateau State, and expressed happiness that Qua’an-Pan LGA shall be a beneficiary of the programme in the areas of scholarship and infrastructure expansion.

“The Benefitting students and schools must reciprocate this gesture by making their families and the government at all levels proud, which we believe will eventually encourage future interventions and improved standard of education in the Local Government,” he stated.

The Chairman assured that the stakeholders in the locality, will collaborate with the agency to project and guard against any act that will jeopardize the purpose of the implementation of the programme.

Earlier, the leader of the delegation, Barr. Cyrinus Naanmiap had informed their host that the goal of AGILE Project is to improve secondary education opportunities among girls in some targeted schools across the state, including Qua’an-Pan LGA.

Barr. Naanmiap noted that the adolescent girls face many constraints in accessing and completing secondary education, especially in Northern Nigeria.

He identified poor condition of infrastructure and a lack of portable water as some challenges noticeable in most of our schools, adding that the AGILE project is aimed at bridging these identified gaps.