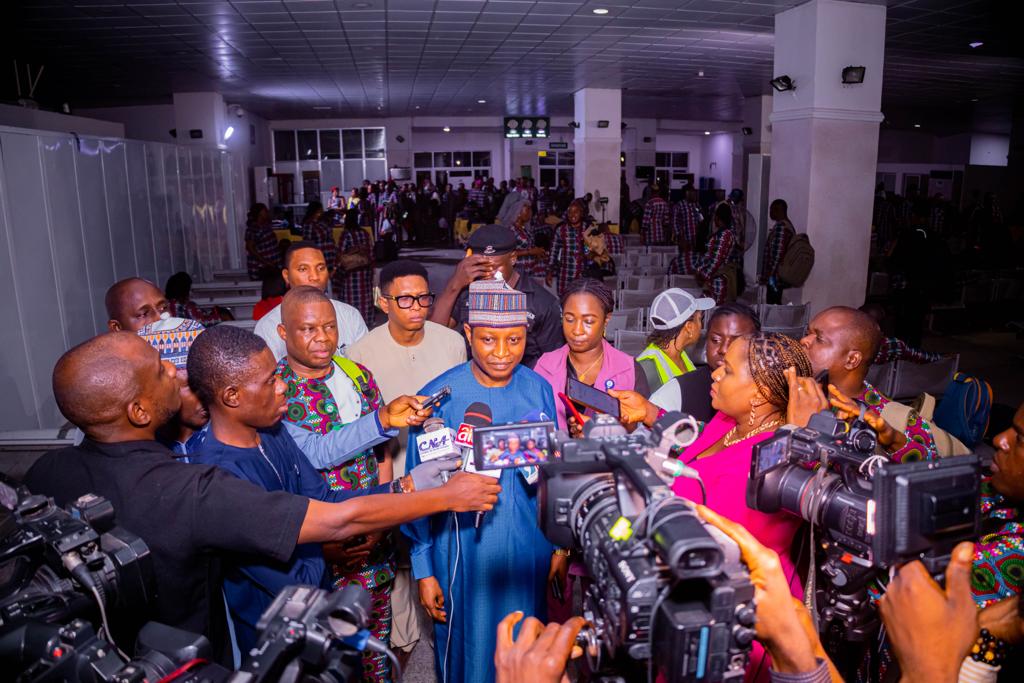 The Executive Secretary, Nigerian Christian Pilgrim Commission, Rev. Dr. Yakubu Pam has described the Governor of Delta State, His Excellency, Senator Ifeanyi Okowa as a pilgrimage friendly Governor. The NCPC Boss made this disclosure in Abuja on Monday, 16th January, 2023 at Nnamdi Azikiwe International Airport, Abuja during the airlift of intending pilgrims of Delta State to Israel and Jordan by the Commission.

He commended the Governor for always taking a lead in the sponsorship of Christians to the Holy Land. He affirmed that it was on recorded that the Governor was adjudged the best pilgrimage Governor in the South-South few years back and he is set to become the first in the whole country in this current December 2022 Pilgrimage exercise to Israel and Jordan with the high number of intending pilgrims the State had sponsored..

Rev. Pam affirmed that the reason why the Commission had continued to leverage on its mandate of airlifting Christians to the Holy Land is hinged on the fact that the Commission was determined to build on the unity built by our founding fathers by ensuring that pilgrimage serves as a tool for social cohesion.

He further thanked the Secretary to the Government of the Federation, Boss Mustapha whose office supervises the activities of the Commission for the support the Commission had enjoyed under his leadership.

Rev. Pam did not mince words by admonishing the intending pilgrims to shun abscondment and ensure that on 25th January, 2023 all of them would return to Nigeria safe and sound with no single case of abscondment.

Speaking, the Commissioner, Bureau for Special Duties Delta State, Hon. Johnbull Edema affirmed that it was time for the intending pilgrims to use the opportunity of being on pilgrimage to pray for the country, themselves and the government of Delta State. He thanked the Executive Governor of Delta State, H.E Dr. Ifeanyi Okowa for making the dreams of Christians in Delta State come true by his consistency in the sponsorship of Christians to the Holy Land.

In his remarks, the Chairman, Delta State Christian Pilgrims Welfare Board, Most Rev. Cyril Odutemu charged the intending pilgrims to conduct themselves properly and decently while in the Holy Land. He cautioned them not to bring shame to themselves, their family, the State and the Country.

He further advised, “the land we are going through is a Holy Land, but everything may not be Holy , you should not be distracted,” he said.

The cleric urged the intending Pilgrims to pray for Nigeria and for the success of the forthcoming general election.

In his welcome address, the Executive Secretary Delta State Christian Pilgrims Welfare Board, Apostle Samuel Okoh congratulated the intending pilgrims for the opportunity of being on Pilgrimage at a time like this. He explained that the intending pilgrims should be very careful while on pilgrimage as all eyes would be on them so that there would be no room to escape in the Holy Land.

He also thanked Governor Ifeanyi Okowa for his sponsorship of the intending pilgrims while thanking the members of the Delta State Christian Pilgrims Welfare Board for their efforts in actualizing the pilgrimage project.

About 300 intending pilgrims which comprises Delta and Akwa Ibom State were airlifted to the Holy land of Israel and Jordan under the NCPC fourth batch of December 2022 Pilgrimage Exercise to Israel and Jordan.