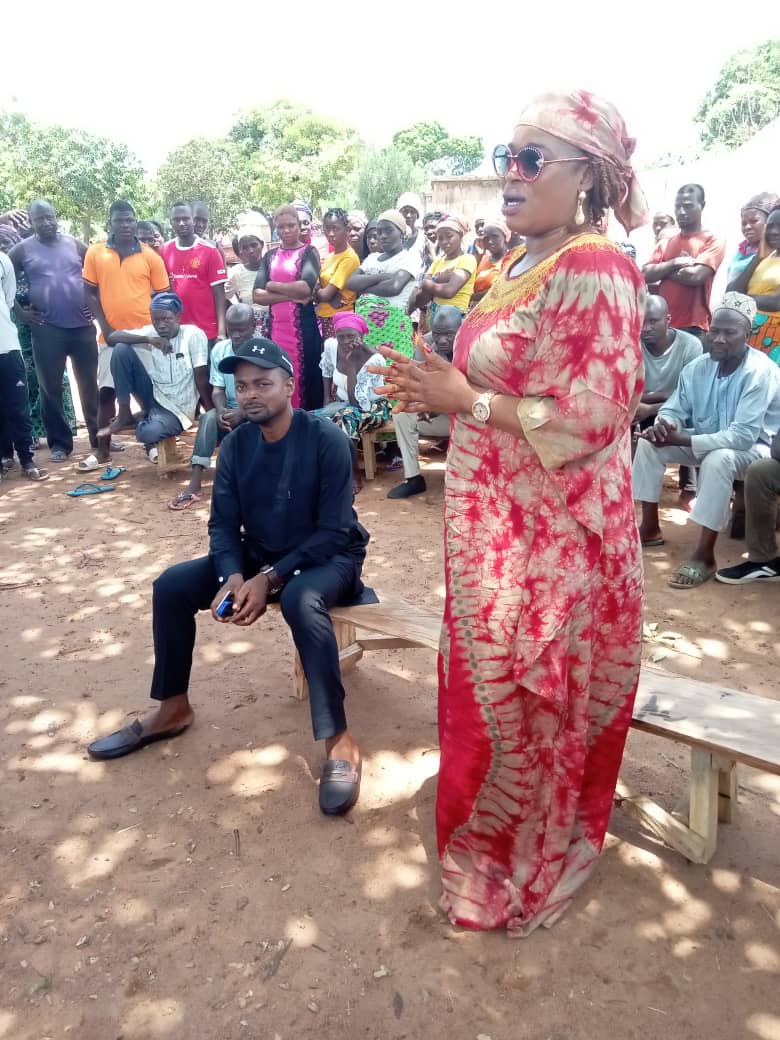 The Executive Chairman Qua’an-Pan LGC, Hon. Ernest Abner Da’a, on 11th May, 2022 reiterated his administration’s readiness to support any community with local security architecture in order to curb insecurity and criminal acts in the locality.

Hon. Ernest Abner Da’a who spoke through his deputy, Hon. Helen Henniet Wapmuk, while on an on-the-spot visit to an alleged robbery scene in Mararaba Demshin, where an entire residence, including valuables of the CEO Mararaba Transport Company Mr. Christopher Damen, popularly known as Long Life, were burnt to ashes.

The Executive Chairman while commiserating with the family and the people of Mararaba Demshin community, condemned the incident, describing it as a barbaric and an inhumane criminal act.

Hon. Da’a, further stated that his administration will not tolerate any attempt by miscreants, who will want to create artificial hardship among the people, adding that the Council will support the security agents in conducting investigations towards fishing out the perpetrators to face the wrath of the law.

Narrating his ordeal, Mr. Christopher Damen, also known as Long Life, said the incident started at about Midnight of Monday May 10 2022; when the alleged robbers tried to break into the House but failed as the doors where locked.

Mr. Damen further explained that, when they could not gain access into the building, they set the three bedroom flat, his Toyota Camry Car, a new Boxer Motorcycle and other properties worth Millions of Naira on fire.

Mr. Damen, who was full of praised to God for ensuring that himself and 10 members of his family escaped His Graces, solicited for assistance from government, groups and people of goodwill to enable him and the family come over the challenge they now face.

The Deputy Chairman, who was in company of the Secretary to the Council, Hon. Gideon Godenaan Dashe, met the Divisional Police Officer (DPO), and his Officers who were already on ground after they received a distressed call.

At the time of the visit, the entire community was calm and sober, while the affected family were sorting out the rubies as well as receive sympathizers.