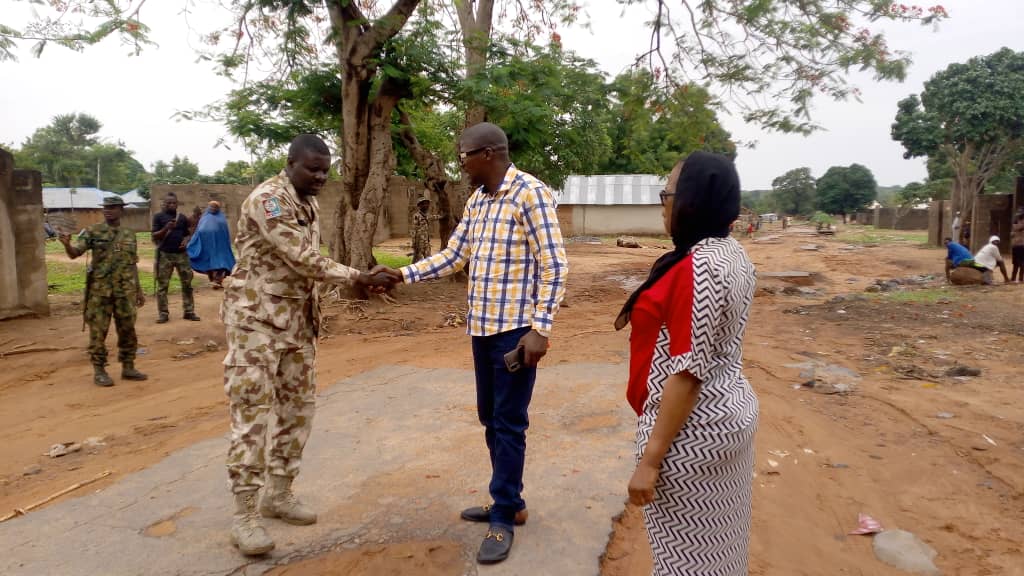 The Executive Chairman Qua’an-Pan LGC Plateau State, Hon. Ernest Abner Da’a, on 29th April, 2022 condemned in it’s totality the security breach at Namu District of Qua’an-Pan LGA; describing it as an act of criminality and should be treated as such.

Hon. Da’a who was speaking during an assessment visit to ascertain the security situation in the town, said those involved in the act must be fished out to face the wrath of the law.

The Executive Chairman appealed to all stakeholders, especially the Traditional Councils, security agencies and religious leaders to work in synergy with government in taming the security menace, adding that people should not shield criminals, no matter how close they are to us.

“Criminality has no religion, no tribe, no political party or gender. So we will not condone any sentimental coloration by miscreants who will want to distract government’s focus towards providing people with the dividends of democracy”

Da’a, who condoled with the entire Namu Chiefdom, thanked the Traditional Council, the security agencies and spirited individuals for the roles they played in curtailing the security challenges, saying civil unrest doesn’t pay.

The Long Jan of Namu Chiefdom, HRH Miskoom Engr. Safiyanu Allahnana Magaji III, commended the Chairman and the QP Project administration for always responding to situations overwhelmingly, despite the challenges they face as a Council. He described the incident as an act of trials from God, saying the Chiefdom will always overcome each challenge by the grace of God.

The Executive Chairman, in company of his deputy Hon. Helen Henniet Wapmuk and the Council Secretary, Hon. Gideon Godenaan Dashe, moved round the streets of Namu, while the heads of different security agencies briefed him on the efforts made, saying the situation is fully under control.

The Security operatives, disclosed that the dusk to dawn curfew imposed actually helped, a informing that compliance has not been absolute, but assured that they are on top of the matter.

It will be recalled that on 28th April, 2022, there was a security breach in Namu town of Namu Chiefdom that led to burning of two vehicles and the dead of an unidentified person.

The Local Government Authority swiftly beefed up security at the town and declared a dust to dawn curfew with immediate effect.