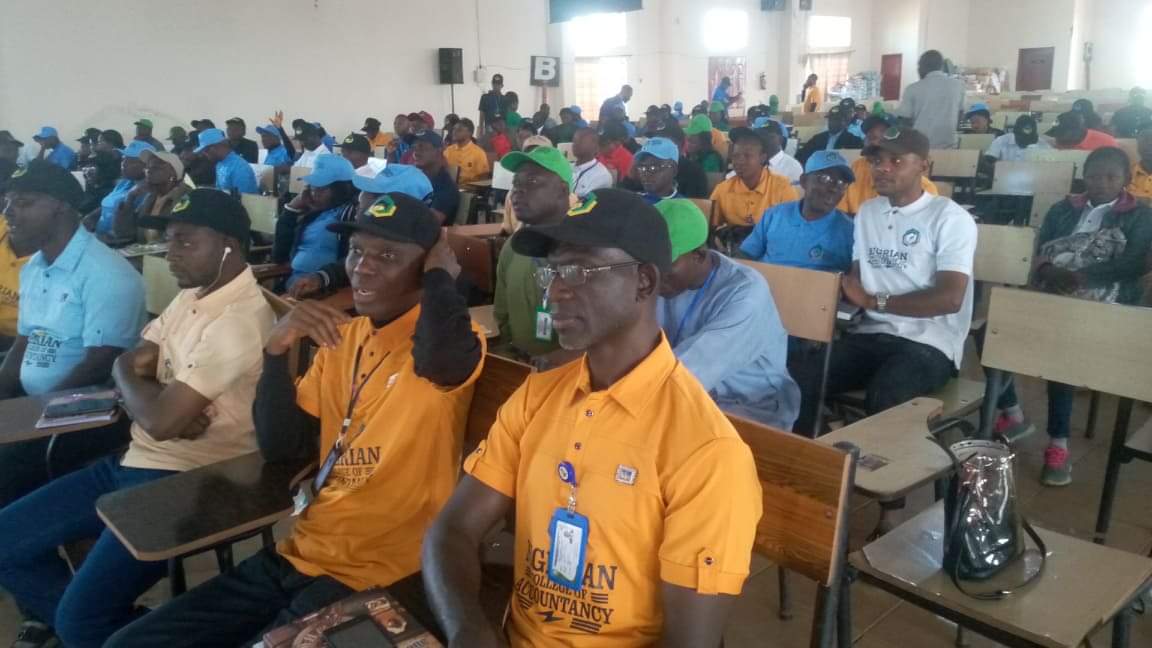 In the keenly contested elections into the ten (10) different offices of the Nigerian College of Accountancy Students Society (NICASS), the officials were elected in a free, fair and credible poll conducted by the 5-person Electoral Committee headed by Mrs Esther Domkat.

17 Candidates contested for the 10 available positions with the office of Vice President, Assistant Secretary General and Treasurer being unopposed.

All the Candidates in the elections comprising of professional fulltime and conversion Students had on Wednesday 9th November, 2022 presented their manifestoes before other Students and some top management Officers of the College headed by the Deputy Director General, Mr. Jonathan Nwagboso.

Mr. Nwagboso admonished the Students to conduct themselves peacefully before, during and after the elections and throughout their programme as well as beyond.
He charged those who will be elected to serve diligently, display transparency and prudence.

The elections started 9:36am with the accreditation and voting done simultaneously in strict compliance with the set electoral guidelines.

The post of Vice President went to Isaac Kangare, Assistant Secretary went to John Kigbu and Treasurer went to Onimago Fatima who were all unopposed.

President-elect, Musa Damishi appreciated his course mates for the confidence reposed in him to superintend over the affairs of the Society for the Course 29.

Here are his words “To all course 29 professionals in the making I appreciate you for coming out to vote for us Irrespective of the team you belong, Remember my Slogan is “Unity in Diversity” “Accountability and Transparency” We are one, with God all things are possible. Thank you! Thank you! Thank you!”

Course Mates while congratulating the newly elected Executives charged them to provide credible and pragmatic leadership all through their tenure.