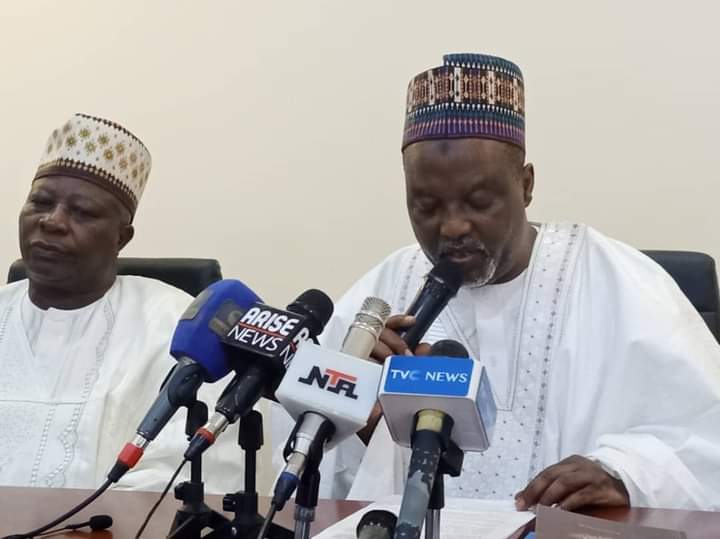 •Says Plateau is home of APC

All Progressives Congress (APC) in Plateau State has declared its readiness to host the flag-off of the party presidential campaign slated for Tuesday, November 15, 2022.

Chairman of the 40 man local organizing committee to kick start the flag off recently inagurated by the Director General of the Campaign Council Simon Lalong, Hon Idris Maje Wase who addressed Journalist in Jos on Friday commended the APC for choosing Plateau to flag off the campaign.
Maje who was flanked by the Co Chairman of the Local organizing Committee Prof Sonnie Tyoden, the Governorship candidate of the APC in Plateau Dr Nentawe Yilwatda, and other members of the LOC at the media parley said the party in Plateau is fully prepared to host thousands of guest who would Storm the State.
“Plateau is home to our party, the people of our State has adopted the APC as their party.”
In his words “We are pleased to report to you and indeed Nigerians that the campaign is ready to move. By the grace of God, we are flagging off the campaign next Tuesday November 15th 2022 in Jos.”
“All arrangements have been made to have a very successful flag off of the campaign, the APC has done a lot in bringing developments to Plateau State”.

Maje who is the deputy speaker of the Federal House of representatives said security operatives would be deployed to tackle any break down of law and order.

He said that President Muhammadu Buhari,the APC National Chairman, Senator Adullahi Adamu, Governors of the ruling party, Senators of the Federal republic and several party officials are expected to grace the occasion.