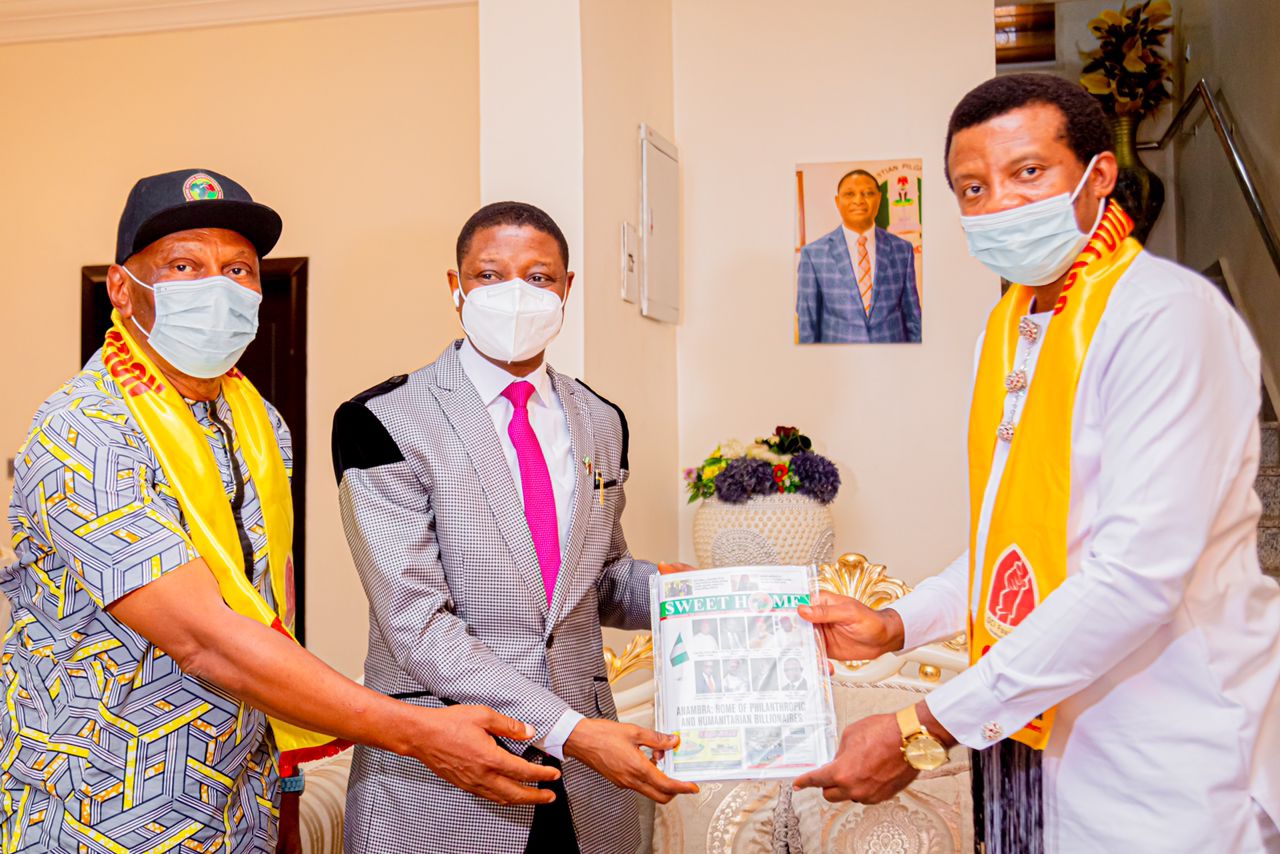 The NCPC boss thanked God that his mother died at a ripe age of 97. His words, “we appreciate God that she lived up to old age of 97 and this is not a joke”. To this end, he described her death as “a celebration of life”.

He thanked the President and his team for coming to comfort him at a time like this over the demise of his mother.

In the words of the NCPC Chief Executive, “what God has done no one can question him”. He intimated his guest that the family had fixed the burial of his late mother on 19th February, 2022 at Jos South Local Government Area of Plateau State.

Earlier, the President of OCI Foundation International, Prof. Onyebuchi Ifediora said in his condolence message that he was deeply saddened by the death of his mother.

He assured the NCPC Boss that they are mourning with him in this moment of his bereavement. He further assured “you have a family that is standing by you”.

The President of OCI foundation was accompanied on the condolence visit by the founder of Sweet Home Africa, Rev. Austin Epunam who is also the National Champion OCI foundation.