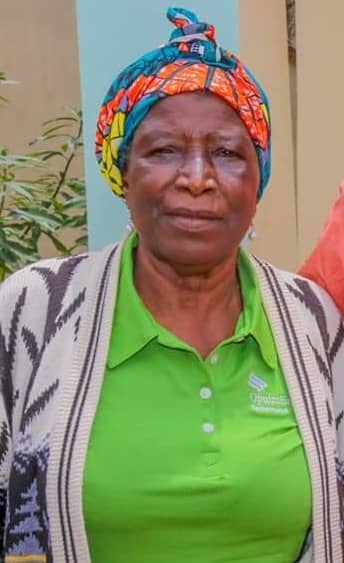 The Executive Secretary, Nigerian Christian Pilgrim Commission, Rev. Dr. Yakubu Pam has disclosed that the body of his late mother, Ngo Zimi Pam would be committed to mother earth on 19th February, 2022.
He made the disclosure on 26th January, 2022 in his residence in Abuja, while playing host to the Director of Communications, Catholic Archdiocese of Abuja, Rev.Fr. Patrick Alumuku who paid him a condolence visit over the loss of his mother on 15th January, 2022 at the University of Jos Teaching Hospital, JUTH after a protracted illness.

Rev. Pam said that the death of his mother was very painful because according to him,” I have been paying condolences to people, I know the importance of paying condolences, but I did not know how painful it is to lose one’s mother”.
He affirmed that he so much cherished and appreciates the words of comfort by sympathisers who had been paying him condolences since the demise of her mother.
He described Rev. Alumuku as a wonderful friend of the Commission. His words,” you have been promoting our activities locally and internationally through the Catholic Television.Indeed we are most grateful to have such coverage from you,” he said.
The NCPC boss noted that the Catholic church is more of a family to him and that the Commission and the Catholic church have a lot to do together .
He thanked him for finding time to pay him a condolence visit despite his busy schedules.

Earlier, Rev. Fr. Patrick Alumuku said he was in the house to show his brotherly love to the NCPC boss over the call to glory of her late mother.
He reiterated that he and the NCPC Scribe were part and parcel of one family.
The Cleric prayed that the Lord would comfort the family and grant the soul of late Ngo Zimi Pam eternal rest.