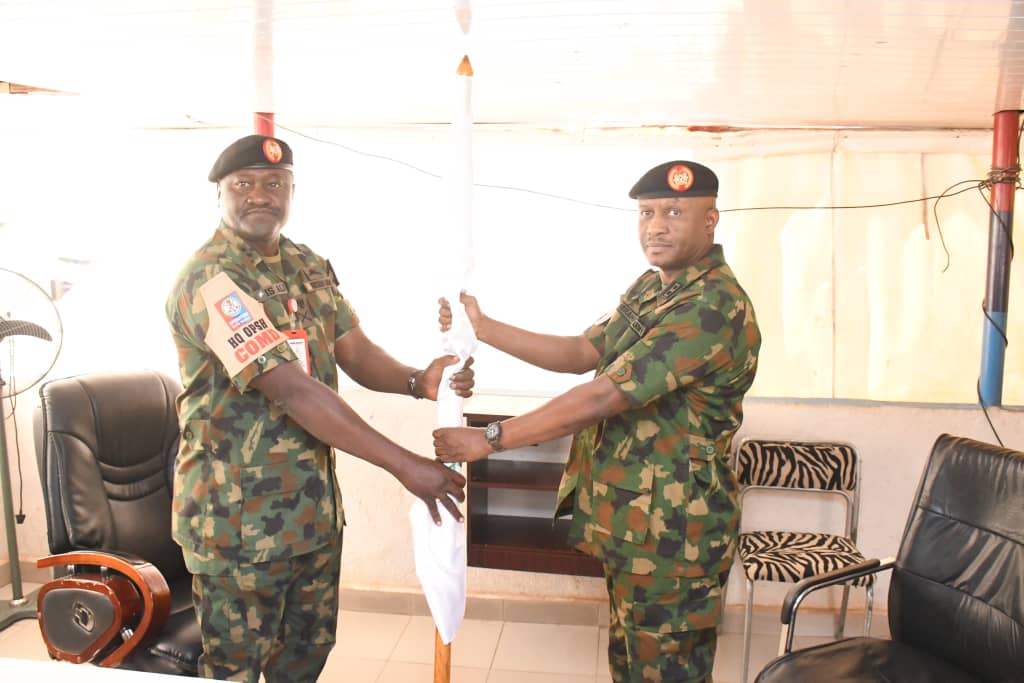 Speaking during the handing and taking over ceremony held at Headquarters Operation SAFE HAVEN today 20 January 2023, the outgoing commander, Major General Ali assured that men and officers of the command have expressed readiness to cooperate with the incoming commander in achieving the aims and objectives of OPSH, especially in sustaining its kinetic and non-kinetic approaches toward achieving lasting peace.

The outgoing commander lauded personnel of OPSH for their cooperation, steadfastness and dedication throughout his tour of duty of the command. He charged them to continually demonstrate high level of professionalism in the discharge of their duties as stakeholders in the corridor of peace.

In his remarks, the incoming commander, Operation SAFE HAVEN, Major General Abdulsalami Bagudu Ibrahim said achievements recorded by the outgoing commander would be sustained and improved on.

Major General Ibrahim urged men, officers and relevant stakeholders in the corridor of peace to unite against crimes within the Joint Operation Area of the command. He charged personnel on the need to remain disciplined and continually preach peace for the advancement of the society.

The Incoming commander also reiterated the commitment of the command, in delivering on its mandate of maintaining peace through organizing social intervention programs for host communities and use of non-kinectic approach in dispute resolution.