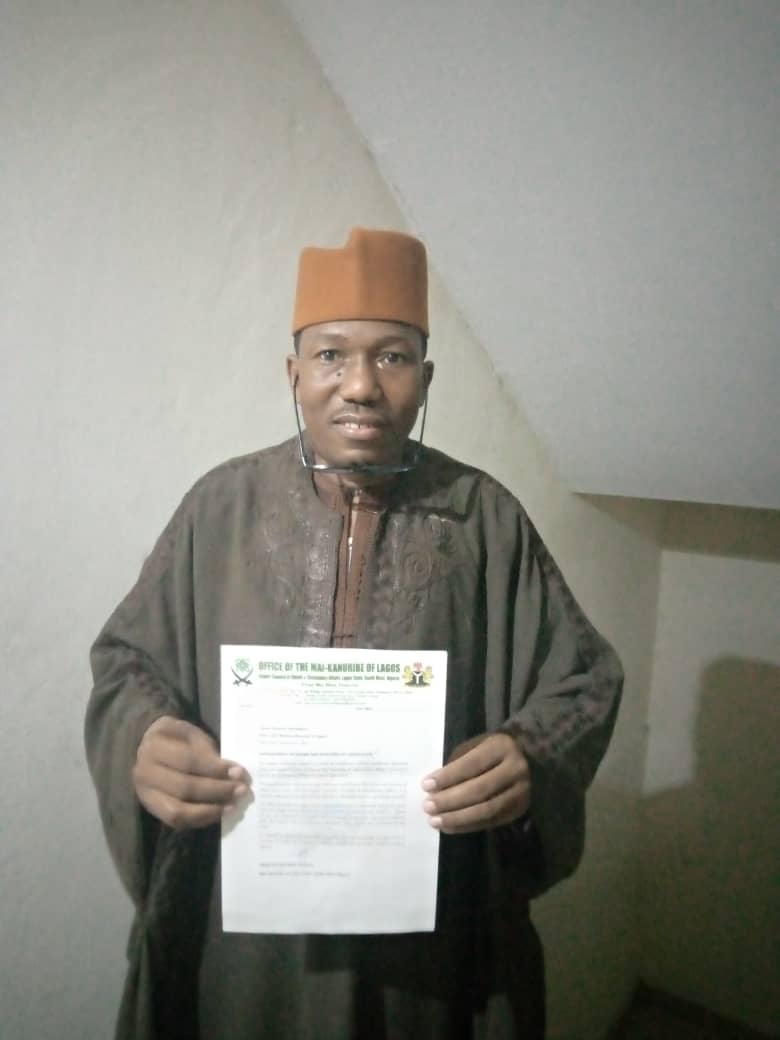 The appointment of the media icon as a Zanna came some hours to his birthday. What a special birthday gift from the famous Mai Kanuribe of Lagos State.

The appointment of the trusted media and publicity consultant, Ibrahim Mustapha, is based on the trust and confidence the Borno community of Lagos has in him and the Kanuri Council of Chiefs & Chieftaincy Affairs.

In a letter of appointment dated 31st December, 2021 which was personally signed by the Lagos Monarch, Ambassador Mai Mele Abatcha, among other reasons given for this honourary appointment for this “title” of Zanna, Ibrahim Mustapha has been promoting Kanem-Borno heritage, as well as social and human development, with great passion and commitment.

Alhaji Mai Mele, added that Ibrahim Mustapha merited the title because of his loyalty to the, elders and the entire traditional institutions of El-Kanemi family and beyond.

He said the consideration of Ibrahim Mustapha for the title was also an acknowledgement of his selfless services to the Borno community in Lagos.

Ibrahim Mustapha, until his appointment, is a prolific journalist, works with Voice of Nigeria, Broadcasting House, Ikoyi, Lagos. He has served as Secretary of Radio, Television Theater Arts Workers Union RATTAWU, completed first tenure, awaiting inauguration for second tenure. He is also a trusted media and publicity consultant to the Kanuri Council.

While thanking the Mai Kanuribe of Lagos State for finding him worthy of the honour, Ibrahim Mustapha, thank the Mai Kanuribe, for this huge opportunity to serve our grassroot people in the host community. He further, described the new tittle as a huge responsibility and a privilege which will spur him to do more, most especially to the Kanuri Council of Chiefs & Chieftaincy Affairs, Lagos State, Borno Community in Lagos, South, West -Nigeria and beyond.