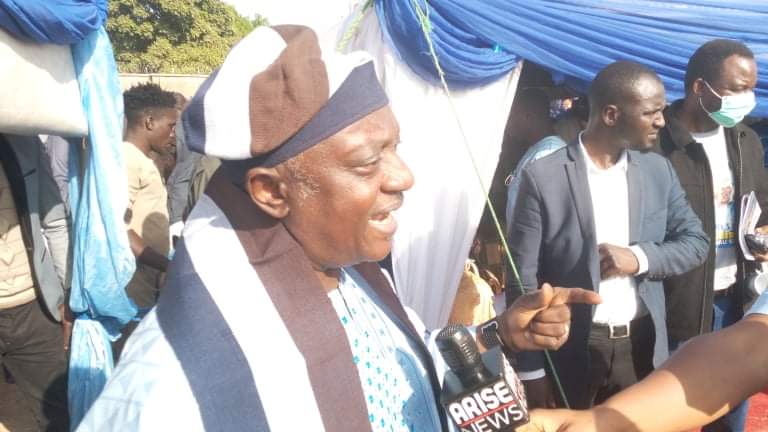 The Chief Executive Director of the Institute of Human Virology Nigeria (IHVN), Dr. Patrick Dakum has described culture as a veritable tool which if properly harnessed can engender unity and development. He said culture has huge economic potential is properly harnessed.

He hinted that culture creates the platform that brings people together in unity which promote harmonious living and peaceful coexistence.

“Cultural Festivals are important, let us bring our children to witness same so they can learn our culture and imbibe the right values” he said.

He made the disclosures at the 2021 Bit-Gamai Cultural Festival which held at Centenary Ground Shendam LGA, Plateau State.

He charged the citizens to take advantage of culture that defines them in order to deepen unity, peace and development in the State.
He said it is important that an Annual Cultural Festival is held and sustained in the State as it has huge economic potential.
“I have gone to other parts of the World where cultural festivals as this attract billions of dollars and I believe we can do same starting from the Local Government to the State levels” he stressed.

The Health Expert donated to the Gamai House Project.

Governor of Plateau State, Barr. Simon Lalong urged the Citizens to keep their culture alive in order to enhance prosperity. He reiterated the commitment of his administration towards peace building and infrastructural development.

The Gbong Gwom Jos, His Majesty Da Jacob Gyang, CON lauded the Festival and congratulated the Gamai Nation for successfully hosting the Festival. He called on the citizens to unite so that meaningful prosperity can be achieved.

Chairman of the occasion, Governor of Nasarawa State who was represented by his Deputy, Dr Emmanuel Agbadu commended the Gamai Nation for promoting and sustaining their rich cultural heritage.

The Long Gamai, His Royal Majesty, Miskoom Martin Mudu’utrie Shaldas appreciated those who graced the occasion calling on the people to remain steadfast and pray for a prosperous State and Nation.