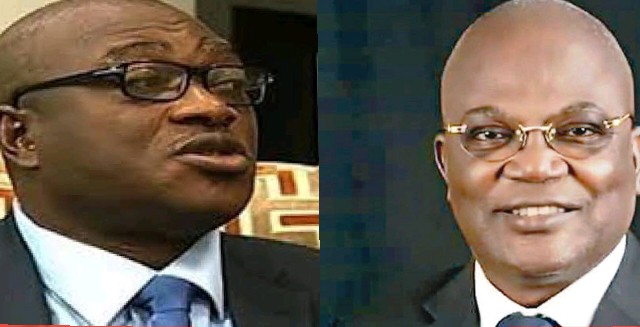 Worried by the renewed Bomb Attacks in some North Eastern Parts of Nigeria, the most recent ones taking place in Taraba and Yobe States, Security Experts have urged Nigerians to be more security conscious, more alert and ensure they are not taken unawares by the criminal elements who are bent on fully resuming bomb attacks on soft targets.
They harped on the need to protect soft targets.
They made the disclosures on the Channels TV Programme “Sunrise Daily”.

According to Gen. Jon Jemlong OON (Rtd), a security Consultant; former Commander Multinational Joint Task Force, Baga Borno State; Commandant Depot, Nigerian Army, Zaria; former Director of Policy, Department of Army Policy and Plans Army Headquarters, Abuja and a fellow of the National War College (fwc), the heat on the terrorists by security agencies is unbearable which has made the attacks on security formations impossible.
He knowing fully well that they no longer can attack troops, they have resorted to hitting civilian’s soft targets that are outside the conflict areas.
The security Expert admonished Nigerians to get prepared and take proactive (first aid) measures to protect themselves against the terrorists and other criminal elements.
“It behoves on Nigerians understand that the effect of the Military Operation has been so drastic upon the terrorists and what they have now resorted to is to hit soft targets”
“It is impossible for the security personnel to be everywhere and considering the pattern of attacks by the terrorists, it is important for the people to be more alert and more vigilant to stem such attacks” he said.
Gen. Temlong said it is imperative for the Nigerian State to build the capacities of the Citizens in terms of security awareness, National resilience and cohesion, having the national will to survive in order to deal with the security challenges confronting the people. He said the citizens are endangered without adequate knowing of what they can do in times of danger.
He spoke on the need for the security agencies and government to be accountable to the citizens.

On his part, retired SSS Director Mr. Mike Ejiofor hinted on the need for Nigerians awakening their consciousness to deal with insecurity.
He decried how Nigerians have let down their guards feeling all is now well despite the ugly insecurity experience involving mass bombings in the past.
“The terrorists operate on deception and diversion, now going to hit soft targets just as what was obtainable in 2014, 2015 era”
“What is needed now is to emplace all the security measures where people took their security in their hands”
“When you go to churches, mosques, market places and other public places in the past you see people being searched, questioned when necessary but today that has been dropped” he said.

According to him, it is the deception and deviation of the terrorists that made them attack relatively peaceful places especially Taraba and Yobe States.
He disclosed that there has been decline in the rate of suicide attacks but the terrorists are trying to resume same as it is obvious.
He further stressed that with the 2023 general elections around the corner, the terrorists will continue to attack to divert attention and make the public not have confidence in government.
He said insecurity is a huge challenge that must be confronted and the need for the people to be more security conscious cannot be overemphasized.
According to him, it is more worrisome that the terrorist that dropped the bag containing explosives in Taraba State was seen but couldn’t be intercepted.