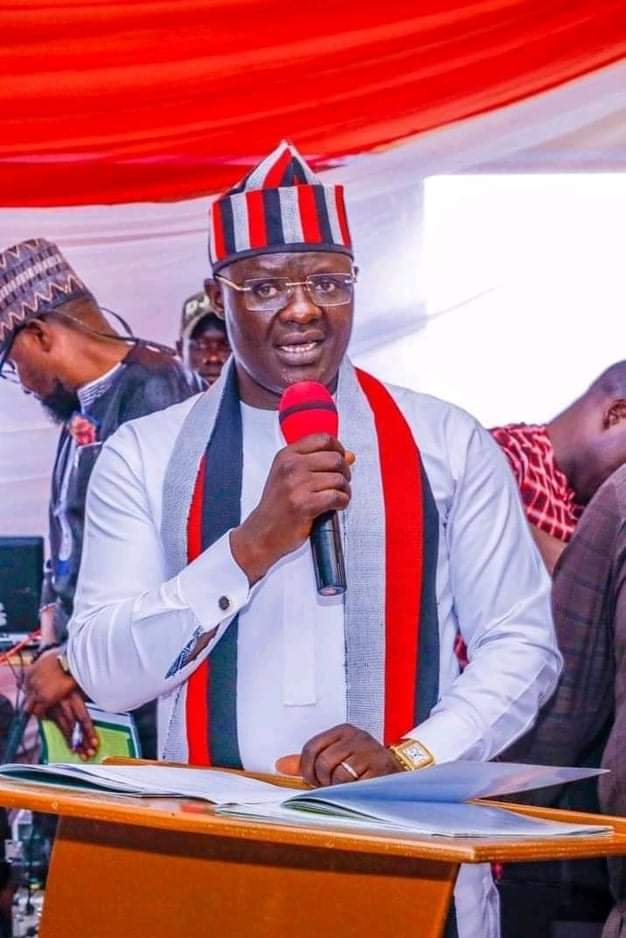 The New Chairman of the Plateau Youths Council (PYC), Cmr. Lot Adas has assured the youths of the State of a better future. He said the Youth body will work to ensure that youths in the State are empowered, recognized and celebrated considering their huge potentials.

He said though the State at the moment is in a dark hour, as the citizens are passing through trying moment on account of the killings bedevilling the State, well meaning citizens must unite and rise up against those causing insecurity in the State and Nation at large.

He called on the youths to generously support the PYC leadership in these trying times to overcome the common difficulties.
He said he is aware of the responsibility the office brings and he is ready to take the responsibility and take the PYC to enviable height.
He urged all aspirants to join hands with him and key into the Plateau Project as his door will remain wide open.
To make greater impacts, the Chairman said he will organize retreats/summits focusing on peace & unity, work towards the review of the PYC Constitution to ensure a more coordinated and effective body, organize Plateau Youth Week and ensure youths across the State are meaningfully engaged, organize Football Competitions for the youths to discover new talents, synergize with the media, lobby for employment opportunities for the Youths, organize skills acquisition/entrepreneurship trainings for the youths and pursue admission for qualified but less privileged Plateau Youths.

He made these disclosures at the swearing in of the New Executives of the Plateau Youth Council under his leadership.

According to him, greater attention will be accorded peace building and youth empowerment which are in line with the commitment of the present administration which led to the creation of the Plateau Peace Building Agency (PPBA) and Plateau Micro, Small and Medium Enterprise Development Agency (PLASMEDA).

“As a leadership, we are most fortunate to have come on board at a time when Plateau State is being governed by a Youth – loving and Youth- friendly leader”
“This he has demonstrated by not only reviving the Youth Council, even when it had lied lifeless for almost a decade, but by also sustaining it, nurturing it ( even against all odds), and also ensuring the transition we are witnessing today, even when the process was seriously threatened by court cases”
“Such a kind hearted father will go to any distance, and do any thing to ensure the lot of the Youth is bettered”
“Your excellency Sir, God will continue to bless you beyond measure. You shall, indeed, leave Plateau Youths better than you met us.”

“His excellency’s love for the Youths, his belief in youthful opportunities, his belief in Youth capacity, and his desire to empower the Youth, reflect in his pattern of appointments. With the Joseph Lengmangs, the Haggai Gutaps, the Jemchang Fabongs, the David Dasers, the Zulfa Rimvens, the Mafeng Gwalsons, etc. as Director Generals of Agencies, Commissioners, Local Government Council Chairmen, etc in this government, proves beyond all doubts that His Excellency, Rt. Hon. Dr. Simon Bako Lalong, loves and believes in the Youths”

My joy, however, is that the aforementioned young people, and many others, who have been saddled with leadership roles, by His Excellency, have stood out. They have done, and are still doing exceptionally well. They are really contributing in moving Plateau State forward.
They have shown that, indeed, the Youth are capable. We are proud of you all Sirs.” he concluded.

In his remarks, the Executive Governor of Plateau State, Rt. Hon. Simon Lalong congratulated the New Executives and charged them to work for greater peace and security in the State.
Lalong decried the exploitation of the youths by some unscrupulous politicians who stop at nothing to spread lies against his administration using such false narratives relating to land and other matters.

He said “Contrary to this mischief, our Government is the first in the history of Plateau State and one of the few if not the only one in Nigeria to sign anti-land grabbing law which we initiated as an Executive Bill. Till date, no one has either approached the Courts to lodge any complain of land grabbing or even sent a petition to me. Yet you hear this narrative being spread like wildfire. Similarly, our efforts to end conflicts between farmers and farmers are being ignored and twisted for politics.

Commissioner for Youths and Sports Victor Lapang, immediate PYC Chairman, Dr. Fabong Jemchang thanked the Governor for his youth-friendly disposition and asked him to continuously open doors of opportunities to the youths.