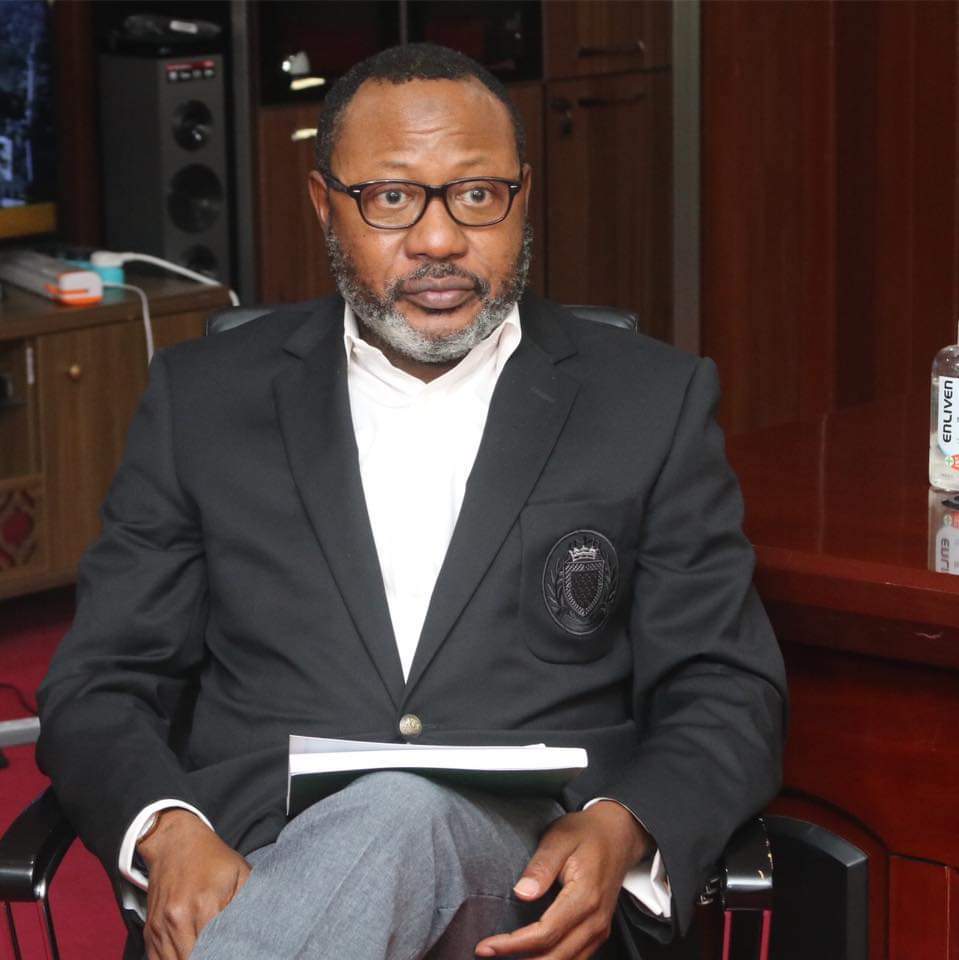 Minister of state for science and technology, Barr Mohammed Hassan Abdullahi is being accused of using federal government money to built a befiting Palace for his younger brother,Dr Ahmed Abdullahi who is the traditional ruler of the Uke kingdom, known as the Yakanajie Uke.
The minister is said to have sneaked the construction of the new palace into the 2021 federal government budget for implementation and already, about 50 % of the funds have been released to the contractor who was singlehandedly selected by the minister.
The project, domiciled under the National Institute for building Research, NBRRI is titled ” pilot prototype demonstration project to renovate Palace of Yakanajen Uke, using NBRRI technology for adoption by Fgn/ states in Karu, Nasarawa state and is a new project with an appropriation cost of #150 million naira. It has a code number ERGP3155719 under the 2021 Appropriation Act signed by President Muhammadu Buhari.
Aggrieved members of the sleepy but agrarian Uke community have accused the minister of abandoning his people and preferring to built a palace which has no economic value to providing basic amenities like roads, water, electricity, schools and health facilities. They said the only health facility in Uke and its surroundings is the local General hospital built by the second Republic governor of old Plateau state, the late chief Solomon Daushep Lar in 1982.

The Yakanajen Uke was appointed as a second class traditional ruler of Uke Kingdom by former governor Almakura Tanko when the minister was Secretary to the state government between 2015 and 2019.
” How can a minister of the federal Republic of Nigeria allocate 150million naira for the building of his brothers house under the guise of Palace when his people have no roads to their farms, storage facilities or other basic amenities?
Look at the NBRRI budget and you will see it very clearly there. Its not hidden at all. We have many problems here and yet he will chose to build a palace.
He wisely sneaked it under the budget of one of his agencies for easy coverage and supervision”, said a community leader who spoke to our correspondent during a visit to the construction site.

A close Palace official who refused to comment publicly to this medium, however admitted that it was facilitated by the minister to help the community.
It remains to be seen how President Buhari will treat this kind of betrayal of his trust and brazen impunity of his appointees who pays lip service to his anticorruption agenda. Whatever it is, this precedent must not be allowed to stand as other appointees and high ranking bureaucrats who hail from various royal families may want to renovate their family’s Palaces with Government funds.
Uke is a community under Karu local government Council of Nasarawa state and a second class traditional ruler is a staff of the LGA not even of a state to attract a federal government project.