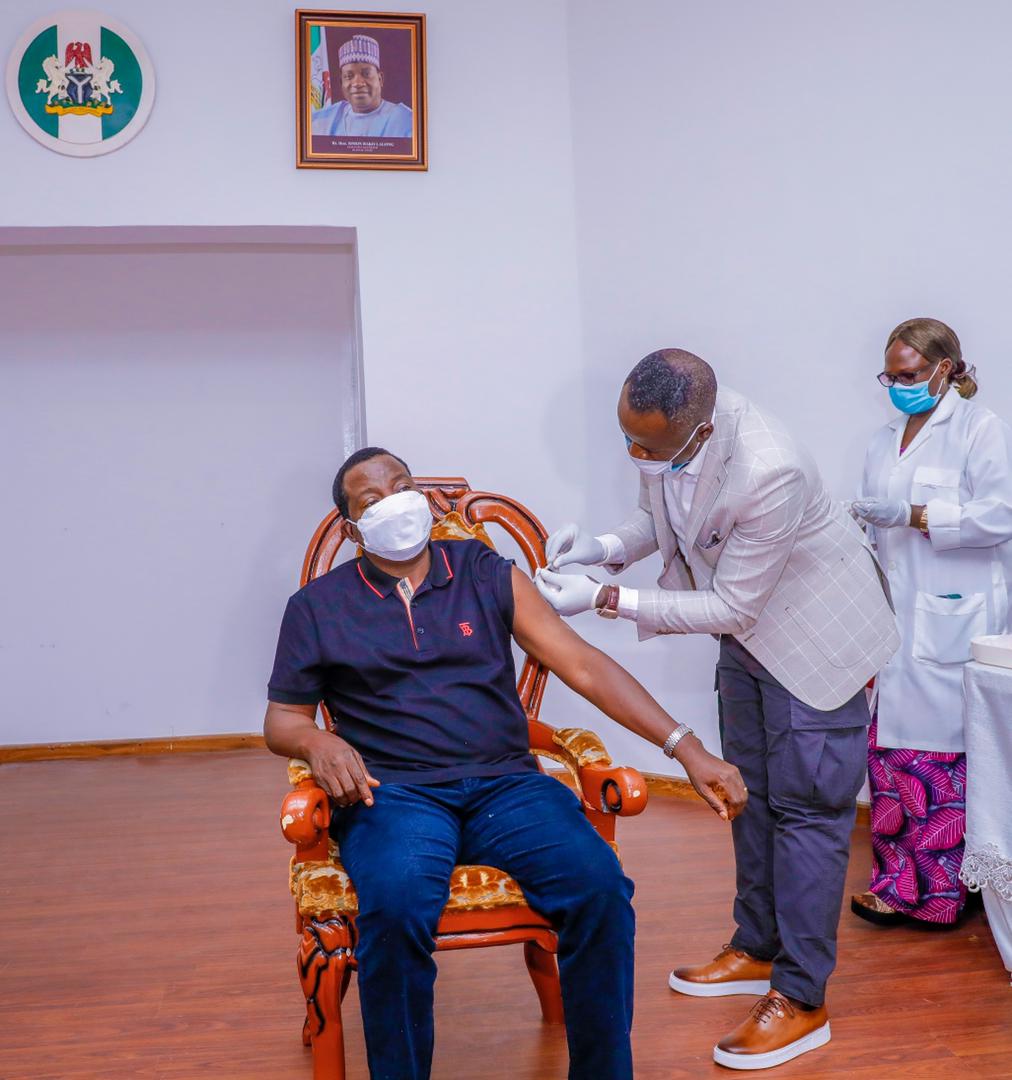 Governor Simon Bako Lalong has recieved the second jab of the COVID-19 Oxford AstraZeneca vaccine with a call to citizens of the State to make themselves available for the exercise.

Governor Simon Lalong who recieved the vaccine at the Government House Rayfield alongside his wife Regina and other Government officials said the fears earlier expressed by some citizens on the safety of the vaccines have not been proved as so far, no adverse effect has been recorded among those who took the first dose.

After receiving the vaccine administered by his personal physician Dr. Benjamin Dashat, called on all those who took the first instalment to make themselves available for the second phase in order to complete the cycle.

For those who are yet to take the vaccine, the Governor advised them to jettison conspiracy theories as the vaccines have been scrutinised by regulatory authorities and adjudged to be safe.

The Governor used the opportunity to appreciate health workers who have done their best to respond to the pandemic with many of them paying the supreme prize.