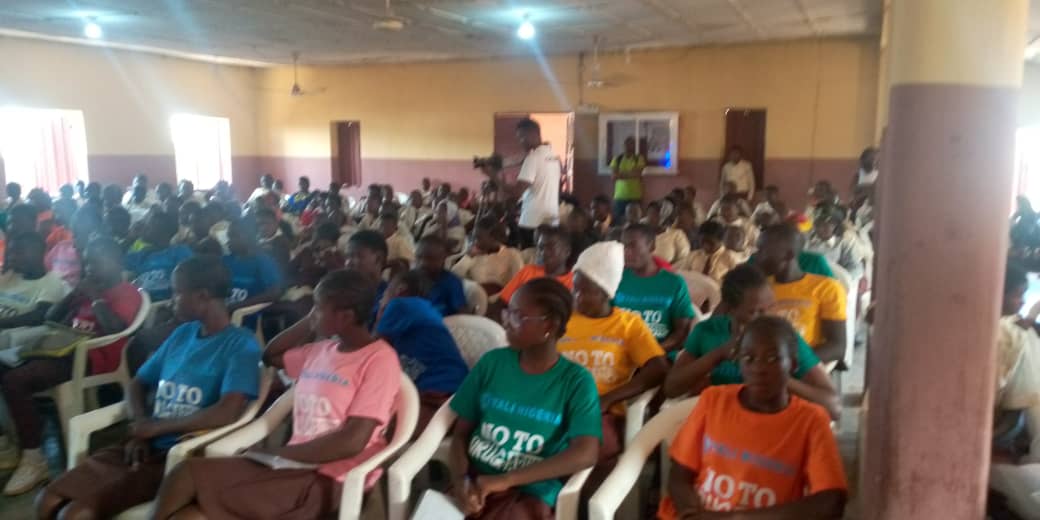 Young African Leaders initiative (YALI) Nigeria made up of the Mandela Washington Fellowship Alumni Association of Nigeria , YALI (Regional Leadership Center) Alumni Nigeria, and the YALI Network Plateau Hub with support from US Embassy Nigeria, at the weekend conducted a two-day, community engagement on ‘SAY NO ‘ to drug abuse sensitization campaign in three schools on the Plateau.

The Coordinator of the project who also doubles as the Coordinator, YALI Network Plateau, Ms Esther Mark, said the sensitization campaign was part of YALI’s efforts to invest in the next generation of African leaders through trainings, mentorship, coaching and guidance with the aim to tackle the drug abuse menace that has become rampant among youths.

Mark, while speaking to the students,during the projects, which targeted secondary school students to sensitize them on the effects of drugs abuse and how best to shun them, said it was organised for students in Plateau state as a give back community engagement project.

She said Assemblies of God Private school was amongst the new schools where the students from the other schools in which the drug free clubs had been formed earlier in the year, came to teach their counterparts on what they had been learning from their engagements in the clubs for the past 4 months.

The Government school were the pilot schools selected for the exercise even as Drugs free clubs were established in these schools to help implement the year long project.

She added that, teachers in the new schools will be trained and engaged as coaches for the clubs to meet up with YALI mandate to invest on the next generation of leaders to be of good and useful citizens in the state and the country.

She said the campaign was aimed at sensitizing students on the harmful effects of abusing drugs, and most importantly the roles they can play in enlightening others on how to stop or never venture into such act.

Also speaking at the occasion Mrs Mercy Ajaegbo, a medical personnel, taught the students ways on how to avoid falling into bad gangs that could influence them to take drugs and the devastating impact.

The two day campaign, which took place at Assemblies of God private school, Nassarawa Gwong and Government secondary school, Kyan Rikkos in Plateau, had students engaged in lectures on the harmful effects of drug abuse and ways forward to prevent introduction to abusive substances, which may truncate their life ambitions.

She also drove the students through series of educational presentations on the topic and delved into the effects of drug abuse that could shatter their hopes in life and advised them to say no to drugs.

Mr Manasseh Dati, a lecturer with Plateau State university, counselled the students on career choice and how addiction to drug abuse could affect their dreams in life.

The Principal of the school, Mrs Aderonke Oladele, who was present throughout the event expressed satisfaction with the level of engagements with the students and hoped the activity would be sustained for better awakening of the students.

The event also featured a debate competition between the pilot schools on the topic ” Should recreational drugs be legalised “, a drama and poetry competition.