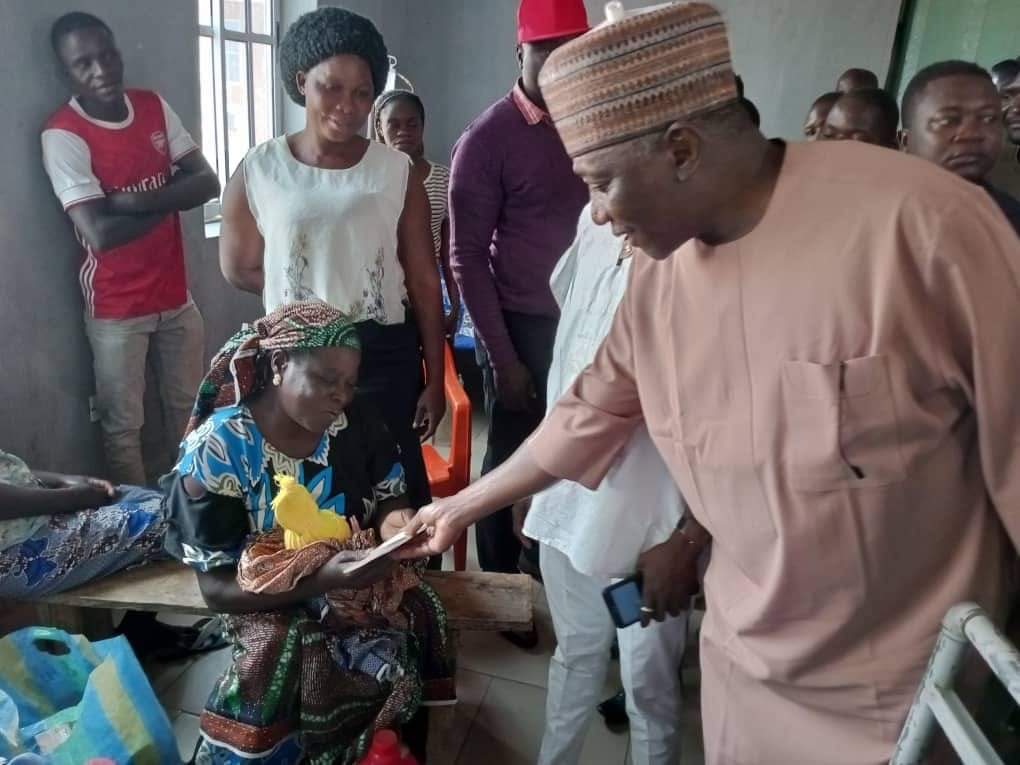 The Executive Governor of Plateau State Rt. Hon. Simon Bako Lalong in continuation of his visit to the sick has taken his efforts to Quaan Pan and Langtang South Local Government Areas of Plateau State. The Governor who was represented by the Deputy National Secretary of the APC, Barr. Festus Fuanter visited the Peter Bawa and Amanta Memorial Hospital in Kwande and St. Virgilius Catholic Hospital in Namu both in Qua’an Pan LGA.

The Deputy National Secretary, who was accompanied on the visit by the Deputy Chairman of Quaan Pan LGC, Hon Helen Henniet Wapmuk met with all the patients on admission, and thereafter defrayed the cost of their drugs and treatment.
One of the patients who benefited Mallam Haliru Usman thanked the Governor for his benevolence and rare show of love and prayed that God will grant the Governor his heart desires.
Barr. Festus Fuanter also met a mother who was delivered of a set of twins on new year’s day and presented special gifts to the twins in addition to defraying the hospital bills.

In Langtang South LGA, the representative of the Governor was received by the Local Government Chairman, Hon. Vincent Venmak and a former Commissioner for Special Duties, Hon. Waidu who took him to Wayep, Changcit and Sauki Hospitals in Mabudi, were 60 patients benefited from the Governor’s kind gesture.
The patients who were visibly elated were full of praises for this laudable initiative.