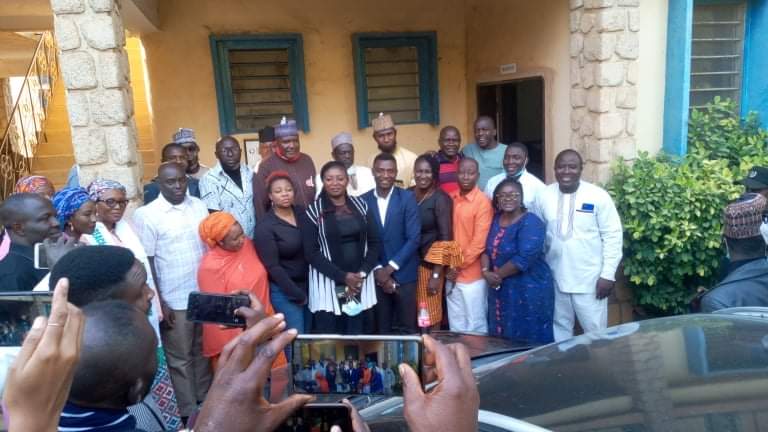 The Plateau Peace Practitioners Network (PPPN) now has new Executives to pilot the affairs of the group for the next two Years.

The swearing in of the New Executives under the leadership of Cmr. Jacob Pwakim was well attended by Civil Society Organization, Government Functionaries and Peace Practitioners within and outside the State.

In his inaugural speech, Cmr. Pwakim said the new officials of the Network are coming into office with a strong responsibility to deliver the Peace and Security commitment area of the Plateau Open Government Partnership where the PPPN is co-creating and implementing with the Plateau Peace Building Agency.

He appreciated the willingness of the Plateau state government under the leadership of Rt. Hon. Simon Bako Lalong for committing to transparency, accountability and inclusiveness.
He also lauded the commitment of the Civil societies Forum led by Mr. Gad Shamaki.

He hinted that the new officials will build on the achievements of previous leaders who have served as heroes in the past, from the pioneer leadership of Mr. Godwin Okoko to the caretaker leadership of Elder Timothy Parlong and the outgoing Chairman, Mugu Bako.

He disclosed that the new administration of PPPN will focus on the following areas:

“These ideologies are admirable, and they will allow us to make positive impacts. This means that we will need your help as member organizations, donor entities, embassies, and individuals whose mandates, competencies, and passion support the work we will be doing. We’d have to be generous with the network because we’d need both human and material resources to get through the next two years” “We must emphasize that the PPPN, under our leadership, is open to collaboration, partnership, and any kind of support; however, we must remember that we are not a project implementation platform, as we are only expected to support and monitor consortiums formed directly under the MOU that defines our solidarity” he said.

He appreciated Members of the group for the trust and confidence reposed on the new official saying they will not disappoint them.

The outgoing Chairman, Mr. Mugu Bako in his farewell message appreciated Members of the group and stakeholders for the support accorded him all through his tenure.
He reeled out the achievements recorded during his tenure.

Other officials of the PPPN are Maimuna Ibrahim Abdullahi as Vice Chairman, OJ Afwanks as Secretary, Jerusha Chaimang as Assistant Secretary, Sadiq Garba Hassan as PRO and Geoffrey Patrick Mwantet a the Financial Secretary.