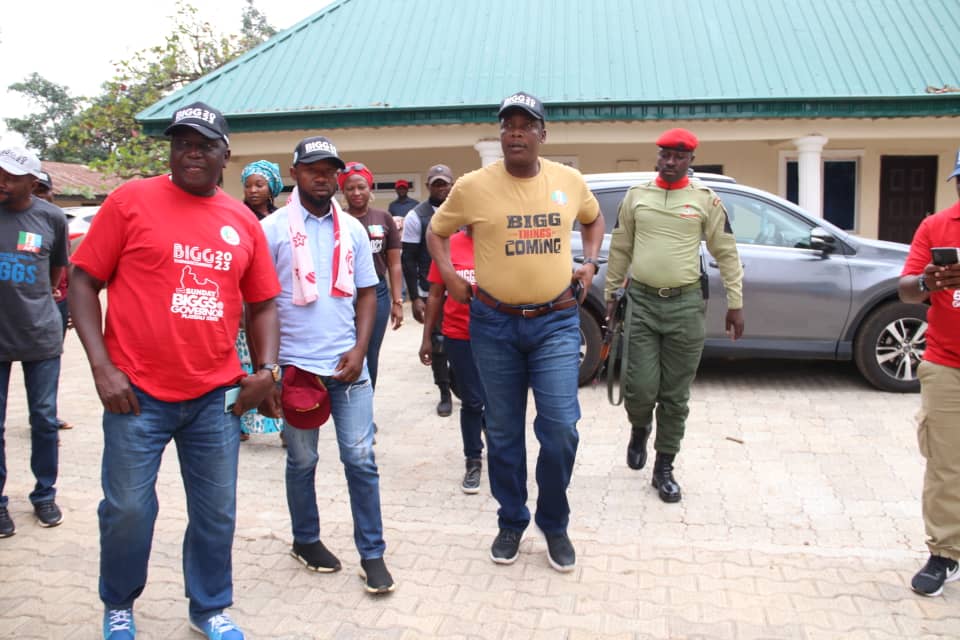 Sunday Biggs says understanding and tolerance irrespective of political, ethnic or religious affiliations in this electioneering period is key for the peace and development of Plateau State and Nigeria at large.

Biggs, an aspirant for the number one seat on the Plateau on the ticket of the All Progressives Congress, APC stated this as he concludes consultation with critical stakeholders in Riyom, Bassa, Jos East, Jos South and Jos North.

The aspirant also met with local government Chairmen and party officials of all the localities to speak to their conscience in choosing the right leader during party primaries.

Biggs commiserated with the people of Bassa and other parts of Plateau State over attacks in their communities.

Respondents all appreciated the qualities of experience, humility, and professionalism seen in Biggs who they said has the advantage of age.

All the critical stakeholders were not left in the endorsement galore for Sunday Biggs, Plateau’s favourite APC aspirant.

In all the places visited,there was interaction where the aspirant had first hand information on issues affecting the people with the hope of addressing them when given the opportunity.

Tehl Youth Movement Insist on Zoning for Mikang State Assembly, Naanlong others to note ahead of 2023.