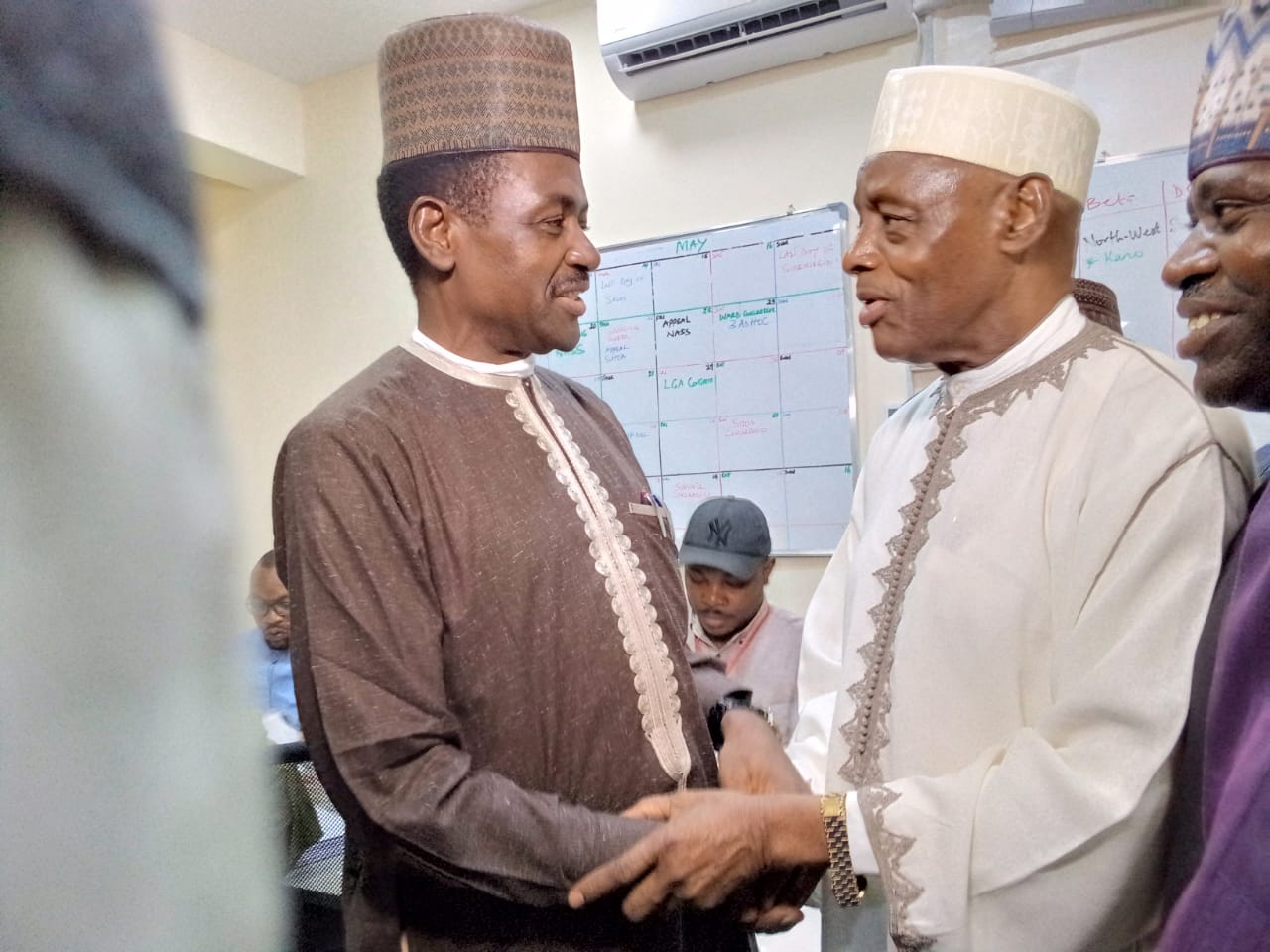 The Former Ambassador to the Nation of Namibia (1999-2003) and later Minister of the Federal Republic of Nigeria (2007-2010) arrived the National Secretariat of the PDP Saturday afternoon in company of his Campaign Team, led by Hon Andrew Bari Iza, Hon Chuwang Ruwang, Hon Abdulrazak Albaba and other enthusiastic supporters.

Amb Bagudu Hirse after duly filing in all required documents was full of optimism that the days ahead would yield good results as the dates draw nearer to the kickoff of primaries elections for the PDP.

Amb Bagudu Hirse ran into Former Minister of Information, Labaran Maku who recently returned to the PDP and had also come to Wadata Plaza to submit his Guber nomination form. In his usual humorous way, Amb Hirse exchanged pleasantries with the former minister and his entourage, while also wishing him success in the days ahead.