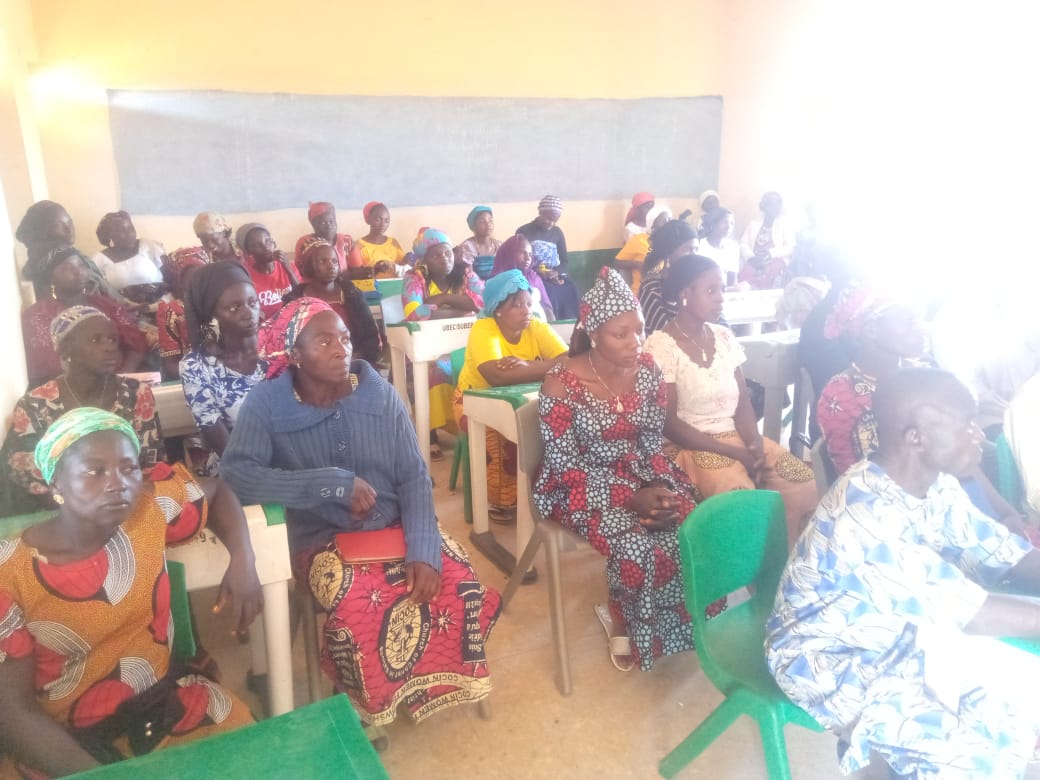 In his effort to reduce the difficult times being faced by the Women of Dikibin Community Mangu Local Government Area of Plateau State and accord them sense of belonging as they celebrate the yuletide season, a Health Professional and Youth Activist, Nrs. Kizito Ndak has donated rice and cash to over One Hundred less privileged Women.

The Women were carefully selected irrespective of their political affiliations to benefit from the generosity of the Donor.

Nrs Kizito was received by a mammoth crowd amidst accolades at LEA Primary School Dunglaar and Dikibin.

While donating the food item and funds to the benefiting Women, Nrs. Kizito who was accompanied by Friends and Associates hinted that he was moved to assist in his little way considering the harsh economic situation being faced by the people and demonstrate love as exemplified by Jesus Christ who is the reason for the Season.
He urged the people to remain prayer to God at all times and be positive as the surmount the numerous challenges bedevilling the Nation ranging from insecurity, economic and others which he said with unity of purpose can be overcome.
He condemned the abduction of the Paramount Ruler of Gindiri, Sum Pyem, His Royal Highness Da Charles Dakat, calling on the security agencies to put more efforts to secure his safe release so he can reunite with his Family and people.
He admonished the people to make sure they elect credible and competent people in future elections who will bring development and other democratic dividends to their doorsteps.
He lauded the State Commissioner of Solid Minerals Development, Hon. Jude Dakur for always being with the people and ensuring they benefit developmental projects for the rescue government.

Beneficiaries of the gestures who could not hide their joy appreciated their Benefactor for identifying with them and putting smiles on their faces with the gifts.

They prayed God to open greater door so he can do more and reach out to more people who are in dire need of assistance on account of the trying moments being faced.

They call on him to throw his hat to the political ring to contest for an elective position but he was quick to tell them is still having consultations on that and will get back to them when he is done.

The Elders of the Community asked him to extend their appreciation to the Plateau State Commissioner of Solid Minerals Development for attracting laudable Educational Projects to the Community through the State Universal Basic Education Board.
They said his lobbying brought about a completed and well furnished School building to the community.