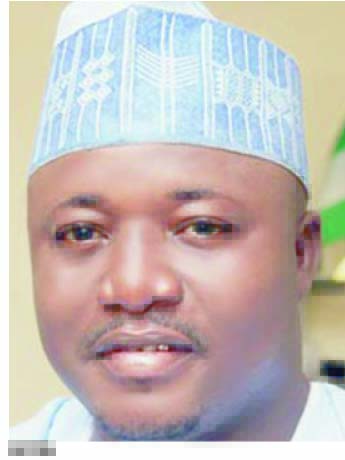 Yerima Shettima is the President of Arewa Youth Consultative Forum and in this interview with TUNDE THOMAS, the Northern youth leader hinted that another round of mass protests looms in the North if the state of insecurity ravaging the region is not firmly checked by the federal government. He said in the interest of Nigeria’s unity, the North is now more interested in any competent hand from any part of the country rather than insisting on producing the next president in 2023.

The state of insecurity across the country, especially in the North with Boko Haram attacks, and banditry has become a source of concern, what do you make of what is happening?

It is an ugly development, which has become   a source of concern to many stakeholders not only in the North but also across the country. It is sad that kidnapping, banditry and Boko Haram attacks have continued unabated with mounting casualties. The situation is really frustrating, and very annoying, and we are not happy with the ugly development. The deteriorating situation is making life unbearable for people in the North especially the ordinary citizens. We are not happy at all, and that’s why there have been pockets of protests, and demonstrations here, and there.

On the marching orders given to the security chiefs by President Buhari, some…

It is a good development. The only hope is for us to give the federal government benefit of the doubt. Before now, the impression that they used to give us is that the war against terrorism is being won but one is baffled that the reverse is usually the case as we hear reports of new attacks by these terrorists. It is however heart-warming that President Buhari has declared that he will no longer take excuses from the Service Chiefs. As responsible citizens let’s give the federal government a benefit of the doubt.

But let me sound this note of warning, if the federal government fails to act decisively against these terrorists, and bandits, we will embark on mass protests in the North, and the Arewa Youth Consultative Forum, and other groups in the region will lead it.

So the ball is in the court of the federal government, as we will no longer take excuses. Government officials must take concrete actions, and must act beyond rhetorics. Our interest is for the country to remain peaceful as nobody is interested in overheating the polity but the government must also do the needful. It is not as if one is trying to issue an ultimatum to the government or playing to the gallery but mass action in form of demonstrations and protests is looming in the North if urgent steps are not taken to protect lives, and properties in the North. This protest will be mother of all protests, and there will be no going back if government fails to back its words with concrete action.

Do you agree with the claims by some Nigerians that the surge in bandits’ attacks is as a result of the decision by some state governors in the North to negotiate, and   grant amnesty to bandits?

It was wrong for those governors involved to do so. It is not ideal to negotiate with bandits. It is an act of cowardice to negotiate with any terrorist group .It is very wrong. Terrorists, and bandits are not the groups to hold any form of negotiation with. These are enemies of the society, and the best way to deal with them is to fight them to submission.  Negotiating with bandits in any form is not acceptable

A former   governor of Kaduna state, Col. Abubakar Umar recently   wrote President Buhari warning him about the danger of alleged lopsided appointments being made by his administration saying such may not be in the best interest of the country….

It is a timely warning that should be taken serious. All of us are involved in the project called Nigeria, and everybody must be given a sense of belonging, and a sense of justice. The President should take the warning serious. If he is not aware of such developments   before, then the letter should serve as a wake up call for him. We run a country where we all have a stake. No citizen must be made to look like a second-class citizen. We are all Nigerians, and no section of the country must be made to have a feeling of being marginalized.

The former governor is a highly respected Nigerian whose views and opinions carry a lot of weight, and this is also a man that is apolitical. He will always say it the way he sees it. We have come to a stage where we should be talking about factors that will unify us as a nation.

On the issue of 2023, a chieftain of the APC from the North, Alhaji Basheer Garba recently declared that the North will always determine who rule Nigeria as long as democracy remains a game of numbers, how do you react to that against the backdrop of clamour that the Presidency should be zoned to the South-east in 2023?

To a large extent I agree with him. Democracy is a game of numbers, and as far as the North is concerned we have the numbers, and what that means is that the North will to a large extent have a great input in determining who becomes   President of Nigeria either in 2023 or any period in time. But   this time around what we are even saying is that competence should be taken into consideration in determining who emerges as Nigeria’s President in 2023.

Before now you were canvassing that President Buhari’s successor should come from the North, have you jettisoned your position?

It is not as if I have made a radical shift but my position now is that the unity of the country is far paramount, and it is that unity that we are taking into consideration when members of the Arewa Youth Consultative Forum have now taken the position that it is competence that should now be taken into consideration when picking Buhari’s successor in 2023. Our position now is that the Presidency can go to any geo-political zone in 2023. But whoever gets it must be very competent. He must be a dynamic hard-working Nigerian who is not above 70. Anybody above 70 should forget it.

We are going to work with our counterparts from the Southern part of the country; there will be a synergy between us in order to ensure that a decision that is in the best interest of the country is taken. For us from the North, we will come up with our best 11, and our counterparts from the South will also come up with their best 11, and Nigerians will now decide. So what I’m saying is that the North is no longer being rigid about the issue. As the saying goes, no condition is permanent, and nothing in this life is permanent. If we don’t have a country, nobody can be talking about 2023. But for 2023, we need somebody from the younger generation to emerge as the President. The older generation has failed us, and have nothing to offer Nigeria again. They should go, and rest. The younger generation should be allowed to   take mantle of leadership. My advice therefore to older generation of politicians including former Vice-President, Alhaji  Atiku Abubakar, Chief Bode George, and others like them who have been reported to be nursing presidential ambition against 2023 is that they should forget it. They should perish the idea because we are going to mobilize younger generation not to vote for them. Like I said earlier, these old generation politicians have not only disappointed us but have also completely failed us. They have nothing to offer again, let them go and sit down. But if they   refuse to heed our advice, younger generation of Nigerians will retire them from politics with their votes. These older politicians should quit when the ovation is still loud for them.

What’s your take on the recent developments in the All Progressives Congress, APC?

It is an unfortunate development. Although I’m not a member of the APC but it is a good decision that President Buhari intervened. If he had not intervened, and with the way things were going, the party’s former National Chairman, Adams Oshiomhole would have destroyed the party with godfatherism he was trying to foist on party members in Edo state. But I like the way he was resisted by the state governor, Mr. Godwin Obaseki. Oshiomhole’s removal is a good riddance to bad rubbish. He was a big disappointment. While he lasted as the party’s chairman, APC didn’t know peace. The party would have been destroyed if the party’s former national chairman, Chief John Odigie-Oyegun had exhibited the same traits exhibited by Oshiomhole. Oshiomhole was pursuing personal interests rather than the party’s interests. I said it earlier that his dictatorial tendencies will cause great harm to the party, and that the party must do away with him if APC must survive. Good reason has now prevailed, and nobody should shed tears for him because Oshiomhole was the architect of his own downfall.

I commend Governor Obaseki for resisting Oshiomhole, and other APC leaders who were playing politics of godfatherism with his second term ambition. He is not like the former Governor of Lagos state, Akinwunmi Ambode who succumbed to politics of godfatherism in Lagos state. I like Obaseki for calling their bluff, and for decamping to PDP. If he is dying, Obaseki is dying as a hero. I like his courage for refusing to be pushed out of power the way Ambode was pushed out in Lagos. I love the ruggedness in Obaseki; even if he loses in PDP we will still celebrate him.