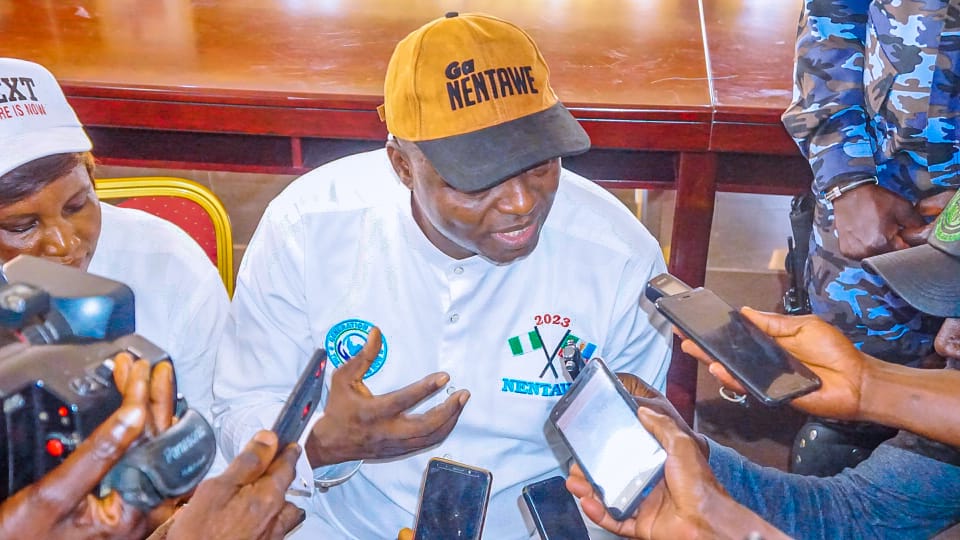 In a widely circulated press text, accredited to the 18 aspirants of the APC and Sign by Cheif Gizo, with a number of allegations on the person of Dr. Nentawe a Frontline aspirant of the APC

A group known as the Young Academic Forum, responded in yet another press release , accusing Chief Gizo and others with the question – who is afraid of Nentawe?

see the details below:

Who is afraid of Dr. Nentawe Yilwatda? Re: Press Text of 18 Plateau Governorship Aspirants by Chief Amos Gizo Chairman/Convener of the Forum. Held on Monday 9th May 2022 at Kalwa House, Jos.Gentlemen of the press, fellow citizens of Plateau state. We are a group of young academics committed to teaching, research and community service as our cardinal work ethics. Take note that, we are not mainstream politicians but as intellectuals we share a number of political ideologies, and where political actions undermine the truth, the philosopher is called upon to intervene hence this letter. To begin with, the press text purportedly accredited to the 18 gubernatorial aspirants of the All Progressive Congress (APC) is of concern to us, why smear the personality of a fellow aspirant? On close review, we realized that the text was poorly written, unedited and littered with typographical and grammatical errors. Its dumbfounding that well celebrated scholars and professionals will have their names linked to such. We doubt that the 18 aspirants endorsed the released text. The attempt at character assassination and defamation is a strategy reminiscent of the old political order, those who still perpetuate it should be advised to turn the page. At this point it is a contest of ideas, a contest of visions, a contest of paths and routes that Plateau state should take. It is an open contest and the people of Plateau state led by young people are converging around Dr. Nentawe.So, who is afraid of Dr. Nentawe Yilwatda Goshwe? A grounded scholar cum administrator, who has inspired, motivated and mobilized the young people of Plateau state towards a movement called “Generation Next” that indeed they have a stake as participants of the political process. In doing this, Dr. Nentawe has not ignored the wealth of experience of elders. With a technologically driven campaign mixed with a face-to-face engagement with the 207 federal wards visited, while building a network of like-minds and strong political solidarity across the length and breadth of Plateau state, who else can be popular? Furthermore, to the specific of the allegations, paddled by the press text. On resignation from INEC, it is a matter of public record that Dr. Nentawe resigned in line with the law(s) on the 20th December 2021 and our research shows that he is a member of the APC, Ampang East ward, Kanke Local Government Area. We are aware that Dr. Nentawe has met all conditions as prescribed by the party constitution (see article 9 on eligibility and registration) and the guidelines for nomination of candidates for the 2023 general elections. To this end, we realize an overlapping of ambition from the writers of the text, where they claimed that they have set standard for their primaries. We see an overzealous political class, self-appointed as judges in their own case while accusing the Governor not to also hold an opinion even as a delegate. There is nothing wrong for a leader to be interested in who succeeds him, provided he does not violate the law. Campaigns are run with poetry, but governance is with prose – the people of Plateau state have a generational opportunity to institute transformational leadership. In Dr. Nentawe Yilwatda we have a grounded, dynamic, futuristic, visionary leader. We have an opportunity to do it differently, we should not be distracted – The future is now!!!!Sign.Young Academic Forum (YAF)

(No individual credit, it’s a movement