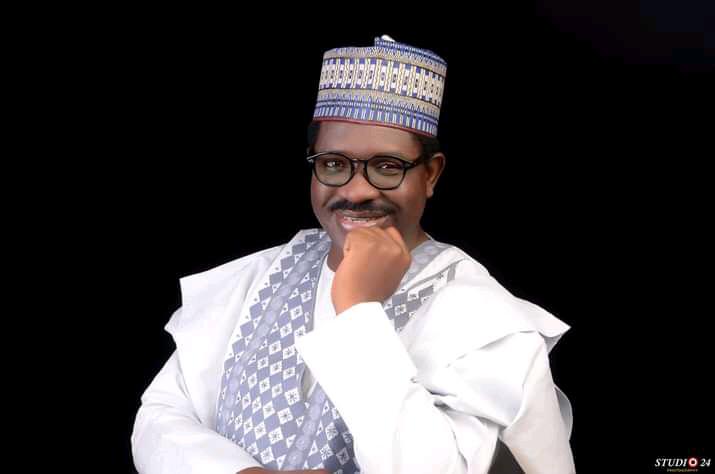 As the race for the 2023 General elections across Nigeria gets into top gear, Frontline aspirant for The Action Democratic Party (ADP), Dr. Sani S. Dawop said he plans to make Plateau a prosperous, Peaceful and Buoyant state, if elected as the Governor for Plateau State, come 2023.

Dr. Dawop disclosed this in an online discussion ‘Meet Your Guber Aspirant’ organized by the prestigious Plateau Bloggers and Online Media Association, PLABOMA.

Dr Dawop said he strongly feels he can restore the past glory of Plateau state because as the Home of Peace and Tourism. as peace has eluded us for about 20years or more and it is now time we restore the peace and also the glory.

He stated that In the absence of peace, there wouldn’t be tourism for any individuals from outside the state or country to visit. While citing an example with a state like Lagos where there is peace leading to the state accommodating. individuals and potential. He noted that such can be achieved by a level of hard work, deliberate effort and dedication. As such every individual should be given an equal opportunity to reclaim that glory that is lost.

While discussing His gubernatorial ambition, Dr Dawop said as a human resource person, he intends to achieve a Plateau desire development, where every individual living in the state will have the opportunity to achieve any level of self-actualization in life.
He hinted at his dream to develop a state that is peaceful and accommodating irrespective of our tribe, religion and creed. He stressed that if elected as Governor come 2023, he will develop a number of programs and activities to focus on regenerating the economy. He added that his mission is to provide a government that touches life positively.

Pointing at his high level of exposure as an added advantage, Dr Dawop said he is bringing the experience he derived over the years with both public and private sectors, internationally, Governmental and non governmental parastatals where plateau can tap into all.

“Some of my experience are 16years of public service experience, 2years in the revenue office at the federal level, 14years as a Federal auditor, 3years of international experience with an international NGO, 2Years will Bill and Melinda Gate’s Foundation, 1year with the United Nation Development Program (UNDP), 8years as private sector Entrepreneur and a Co-Founder of an NGO (International Institute for research and Economic Development), 5years with a blue-chip conglomerate of the Dangote Group where he worked in diverse areas.” Dr. Dawop said.

Dr. Sani Dawop stated that another area to focus on is security and sustainable peace, working as a team to achieve peace in the state. He stated that one of the major areas to review critically regarding security is the operation rainbow. “Being close to Gen. John Temlong who was one of the architects of Plateau Operation Rainbow, I have gained a lot of experience and knowledge in the concept that they had earlier set up”. He said.

He added that as part of his security strategy, he is looking at reviving peace committees in different villages, wards, Local Government and at the state level. The peacebuilding agency established has done some work in that area but will need to be strengthened the agency to do a lot in such area because of you give responsibility to the traditional rulers in particular in various communities and into the governance and security architecture, you will achieve more he said.

Dr Dawop went on to assure the citizens of Plateau that he is going to focus on industrialization through the concept of one product for one local government area. He will identify a product that is of competitive advantage in each local government area and then build a cottage industry around that area. He added that his experience as an industrialist in the manufacturing industry has also exposed him to know all the regiments and what it takes to build an industrial based in the community or a state. We will take advantage of that and change the narrative of Plateau from being a Civil Service town to being a commercial and industrial hub when elected” He said.