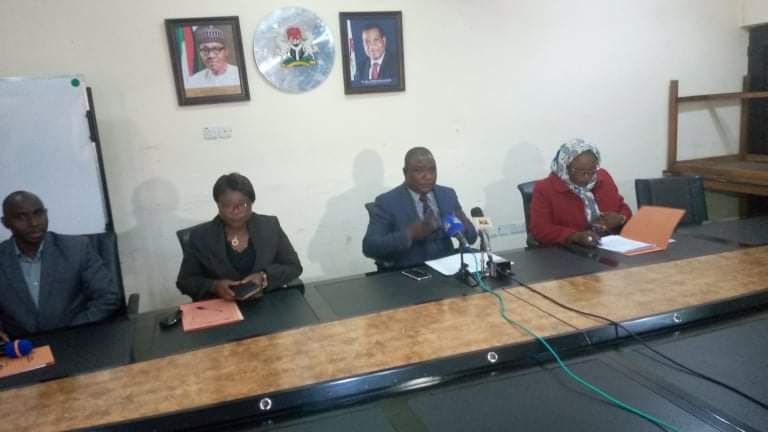 The Chairman Plateau State Internal Revenue Service (PSIRS), Hon. Dashe Arlat has said the State will continue to generate more revenue as the Service has deployed the needed technology that will significantly improve revenue generation.

The Chairman disclosed that the technology deployment for revenue collections also has the propensity to reduce turnaround time (TAT) and block cases of income leakages and to ensure that multiple taxes are not practiced in the State. According to him, the Service will surpass its 2021 budget of N16.3 billion with its explosive revenue drive.

He urged the citizens, business outlets and corporate Organizations to ensure they pay their taxes as at when due in order for government to undertake developmental projects that will have significant impact on the people.

He decried the nonavailability of data which has posed challenge to tax collection.
“Lack of data is a challenge affecting revenue collections in the State” he said.

Hon. Arlat hinted that the Service has put in place workable and proactive strategies that will significantly increase Internally Generated Revenue (IGR) in the State.

The Chairman made these known in a Press Briefing at the Corporate Headquarters of the Service.
He called on persons engaged in Hotel Business and eatery to ensure they register their businesses so that consumption tax can be derived from the services they render.

He further stressed the need for the citizens to get their Tax Identification Number (TIN), saying in the future, citizens in the State will find it difficult to carry out business transactions and risk being arrested and fined for not having same.
He said with technology, citizens no longer need to visit their offices to consummate their transactions as they can do that using their secured platform at the comfort of their homes.

Mr. Arlat said PSIRS is working round the clock to achieve its mandate and appreciated Gov. Lalong for strengthening the implementation consolidated Law establishing the Service.

PSIRS has surpassed it Budget of N16.3 billion as it has generated N17.5 Billion already from January to November, 2021 an increase above the N17.1 Billion generated in 2020.
Other Ministries, Departments and Agencies (MDAs) generated N2.4 billion within the period under review.

Plateau State Internal Revenue Service (PSIRS) is the major revenue-generating Agency of the State saddled with the responsibility of collecting all forms of taxes within its jurisdiction. Over the years PSIRS has increased the State’s Internally Generated Revenue (IGR) by executing and implementing strategies which have impacted positively on revenue generation and collection, with the IGR growing steadily thereby augmenting what the state is receiving from the federal account.