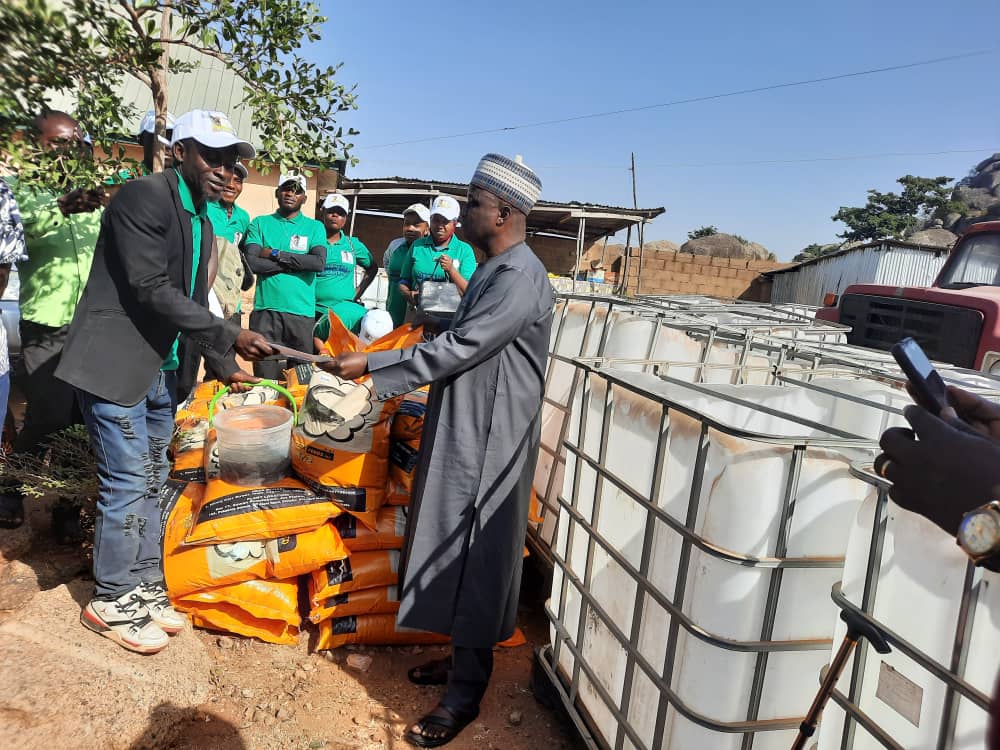 The member representing Barkin Ladi/Riyom Federal constituency, Dr. Simon Mwadkwon has empowered youths, women and widows in what can best be described as “TEACH THEM HOW TO FISH”. The constituents were thoroughly taken through three modules and training on how to start the business of fish farming as well reproduction of Juveniles.

The program which was organised through the Federal ministry of Agriculture and Rural Development, had seasoned and grounded Consultants from the fisheries department who anchored the exercise.

The Federal Legislator who was at the event flag off, called on the beneficiaries to take advantage of the training and become self reliant, add to the GDP of the economy and subsequently become employers of Labour in their respective communities through their fish farms.

The PDP officials from Barkin Ladi and Riyom who were in attendance couldn’t hide their satisfaction for the sterling performance of the Lawmaker. They eulogized him and declared that he’s indeed a worthy representative of the party whose performance can best be emulated by others. Speaking on behalf of his colleagues, the Deputy Chairman of Riyom Local Government declared that the Legislator has done exceedingly well in restoring the confidence of the people and endeared them to the PDP.
“We will continue to support you and pray for you to succeed in all your future endeavours” he declared.

Highlights of the occasion included the training, distribution of starter packs, feeds for fish, fingerlings, water tanks for the fish and cash as startups.

Responding on behalf of the participants, the Class Governor appreciated the Member for his dogged and humanist approach to governance. He thanked the member for always having the zeal to develop the people towards eradication of poverty-stricken society. He said the member will be rewarded with a Senatorial seat for this singular gesture amongst many.