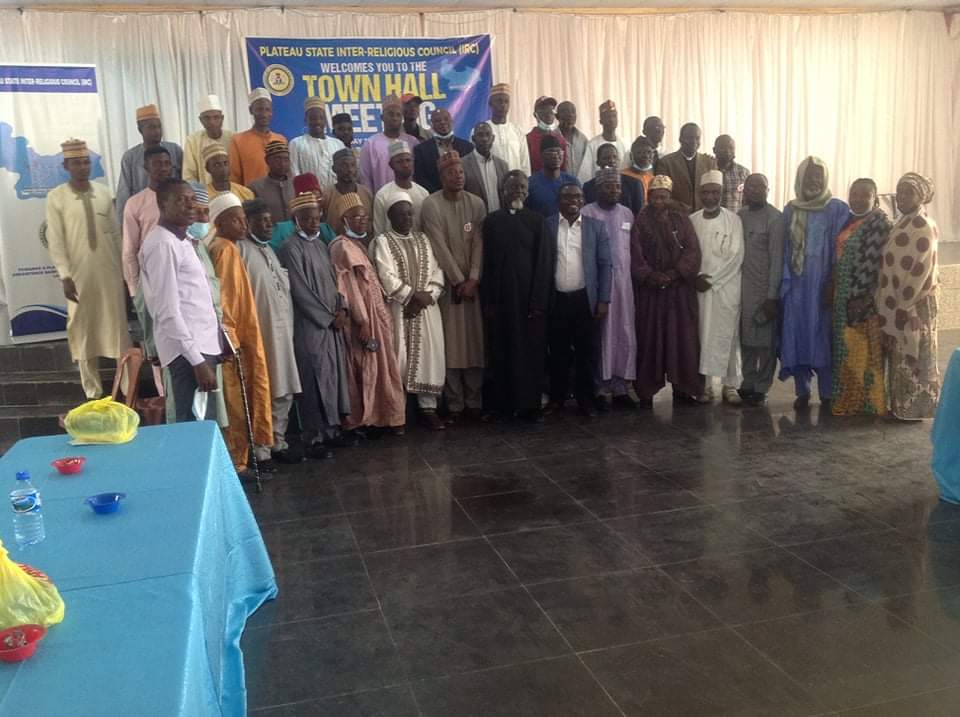 Worried by the resurgence of attacks, killings and destruction of property, especially the most recent one in Ancha Community in Bassa LGA, the Plateau State Interreligious Council (IRC) has met with critical stakeholders consisting of Traditional Rulers, Religious Leaders, Community Developments Leaders, Leaders from Fulani Communities, Women and Youth Leaders from Irigwe, Kwall, Bache and Pengana. The meeting also had in attendance Leaders from Centre for Humanitarian Dialogue.

The Director General of the Plateau Peace Building Agency (PPBA) who doubles as the Head of Coordinating Secretariat of IRC, Mr. Joseph Lengmang lauded the stakeholders for their commitment to what is right and peaceful. He said the meeting as at the instance of the Executive Governor of the State as it is imperative to explore pathways for reversing the ugly trend of violent attacks and hostility in the Area.
He hinted that the meeting became necessary in order to discuss ways of achieving peace coexistence and harmonious living among the people.
He disclosed that the Local Government, State and Nation are all going through turbulent times hence the need for all stakeholders to join hands to prevent the escalation of violent conflict and deepen peace in the area, Plateau State and Nation at large.

“Regardless of the turbulent times, there is light at the end of the tunnel, it is therefore expedient that we are honest and sincere in discussing better ways of achieving greater peace if prosperity and development are to be attained” he said.

Mr. Lengmang posited that all citizens must agree to consolidate on the gains of peace and prevent future occurrence of violence which has retarded growth and development.
He decried the lack of sincerity of purpose by the people which he said has continued to hinder the expected progress in building peace and trust among the people.

In his remarks, the Chairman of Bassa LGA, Engr. Stephen Igmala said though sad on account of the attacks and killings, they are encouraged by the initiative commending the Interreligious Council and Plateau Peace Building Agency for the roles they are playing towards achieving a secured, peaceful and prosperous society in the State.
He applauded the Executive Governor of Plateau State, Barr. Simon Lalong for establishing and strengthening the Plateau Peace building Agency.

Co-Chairman of the Interreligious Council, Prof. Pandang Yamsat frowned at the persistent and inhuman killings calling on all leaders in the area to be more proactive and stop the lip service so that lasting peace return.
He admonished all Leaders and their subjects to resolve to live peacefully and harmoniously.

“Peace will make development revamp, therefore the people must agree for peace to reign for the benefit of all” he concluded.

Representative of the Emir of Wase who is the Co-Chairman of IRC, Sheikh Ibrahim Kazali the Deputy Imam of Jos Central Mosque charged the people to be united and live in peace with each as that is the best way development can be achieved.

Following exhaustive deliberation at the meeting, the following were some of the highlight resolutions reached;