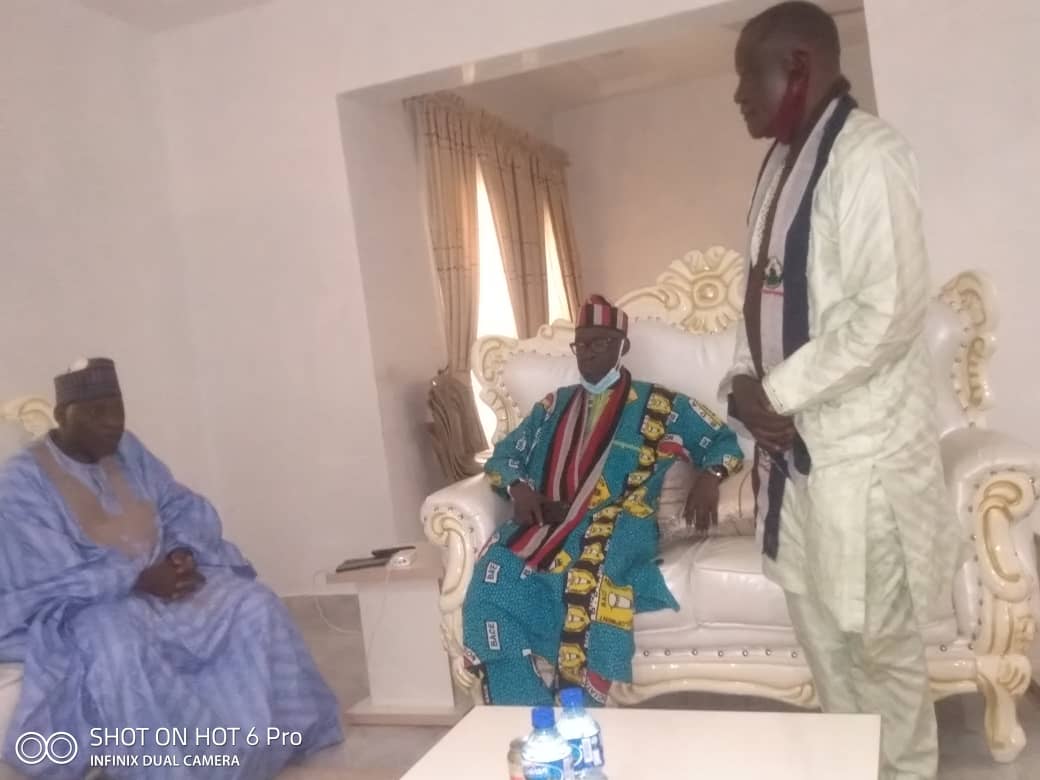 The Plateau Initiative for Development and Advancement of the Natives, PIDAN on Tuesday January 11, 2022 commiserated with the Mwaghavul nation following the transition to glory of their paramount ruler, HRH Da Nelson Andat Bakfur and expressed sympathy with the Sum Pyem of Gindiri HRH Charles Mato Dakat after his abduction and release by kidnapers.

The PIDAN team led by its President Prof Aboi Madaki, while in Kerang described the transition of Da Bakfur as a great loss not only to the Mwaghavul nation but to Plateau State and the nation in general.

The organization while urging the Mwaghavul nation to build on the legacies of the late monarch prayed for the seamless emergence of a successor.

At a separate visit to the Sum Pyem, Prof. Madaki thanked God and expressed delight of the monarch’s safe return and commended his wisdom in handling the issue.

The PIDAN President called on the people of the state to unite in order to fight the menace of banditry.

Responding on behalf of the Mangu Traditional Council, the District Head of Pushit, His Highness Da Jiga Gupiya commended PIDAN saying that the visit has strengthen them.

The District Head, who was in company of the District Heads of Mangu, HH John P. Hirse and Mangun, HH Job Ali Damiyal described the transition of Da Bakfur as a great loss, adding that the visit was a blessing and wished PIDAN more of God’s blessings.

Also speaking, the wife of the transited monarch, Mrs Monica Nelson Bakfur described her late husband as a man of God who dedicated his life to Christ.

The Sum Pyem described the visit of PIDAN as a tonic to him and extolled their contributions to the promotion of equity in governance in the state.

He thanked PIDAN for felicitating with him and prayed God to continue to guide them in taking decisions that would guide the state and the country at large.

PIDAN is the umbrella body of the 56 ethnic nationalities in the State.