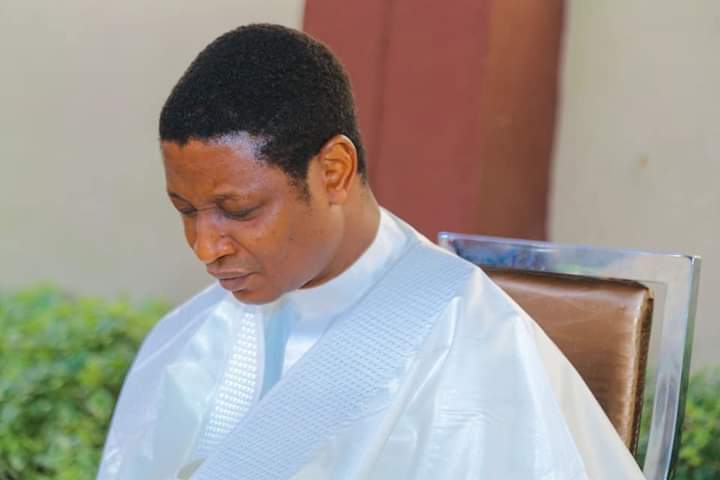 He said the insecurity situation in Nigeria needs the participation of all as government alone can not sustain the fight against insecurity if the citizens, stakeholders and Non Governmental Organizations, NGOs refuses to be involved.

According to Rev. Pam, “the voice of the government is not enough in the fight against insecurity in the country if we all decide to withdraw.

“Traditional rulers, community leaders, citizens and concerned NGOs must all come together to fight insecurity.

“Insecurity is everywhere. We used to think it was the fault of the government, but government alone can not sustain this fight if we show indifference.

“Soon, there will be a Peace programme that will be carried out in the six geopolitical zones of the country to involve the youths, women and other stakeholders. He assured the organization of collaboration and involvement especially on women programme when the time comes”

Earlier, the leader of the delegation, Dr. Mrs Stephanie Akpanaci, Sauraniya Matasa Arewanci and Managing Director of GP777 said they were in the residence of the ES to identify with him and seek areas of collaboration.

She told her host that GP777 was an Ngo purely financed by her organization and that they are into charity offering free medical services to communities and helping widows and youths attain their lofty dreams.

According to her, the organisation runs a football club where youths are engaged. She said also the Ngo is working closely with the girls and will soon launch “Face of Peace Project” and will require collaborative synergy with the NCPC to attain their goals.

She further revealed the organization is embarking on a housing to ease accommodation problems of many poor people.