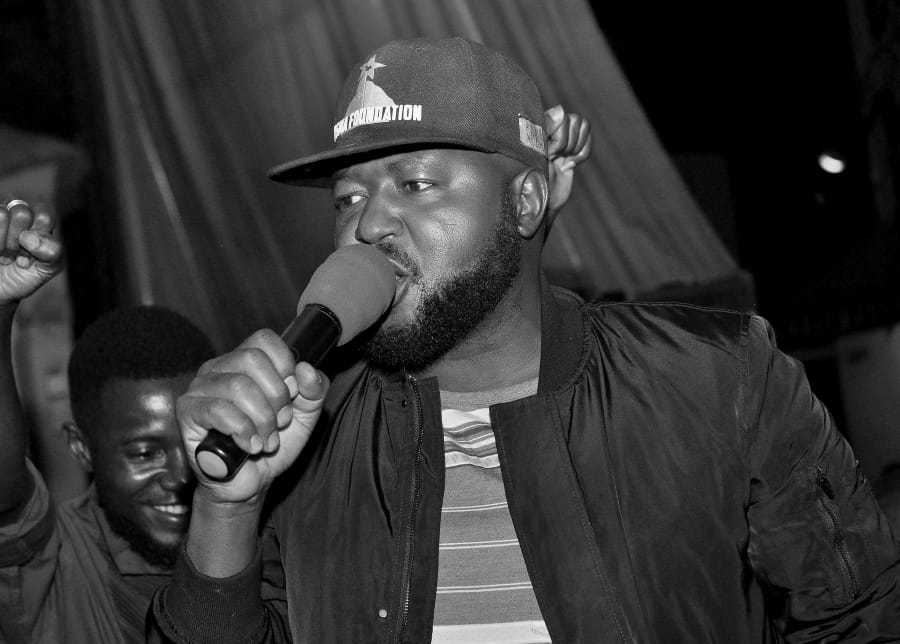 Seemo who is amongst the founders of hip-hop in Nigeria today has his new album listening titled “The Senior Man” album which contains 15 songs.
Amongst the special guest were Plasmida, GIZ, Alewa House, Pman and host of Talented Jos Artistes as guests were treated to an evening of evergreen vibes from Seemo’s First Album(The Bibini Kasahari-Voice Of the Motherland released in 2006 to The Industreetz Revolution in 2007 Through to Follow Tradition in 2013 on to the New Album “Senior Man” that is set to be released on Seemo Da Black Czar’s Birthday on June 23,2021.

The Songs on the New album titled: “Senior Man include:
1.Harganan

The conscious and evergreen song New Nigeria Video shot during the End Sars Protest has been receiving rounds on Prtv, Hip TV and many video channels.

Col. Samuel Gulong Fwangje Bought the only CD which was auctioned at 50,000 initially.

He raised the bar with the comment that such valuable treasure is worth more than N50,000.