“Reject Politicians Who go About Deceiving People in the Name of God to Get Support” – Dr. Patrick Dakum 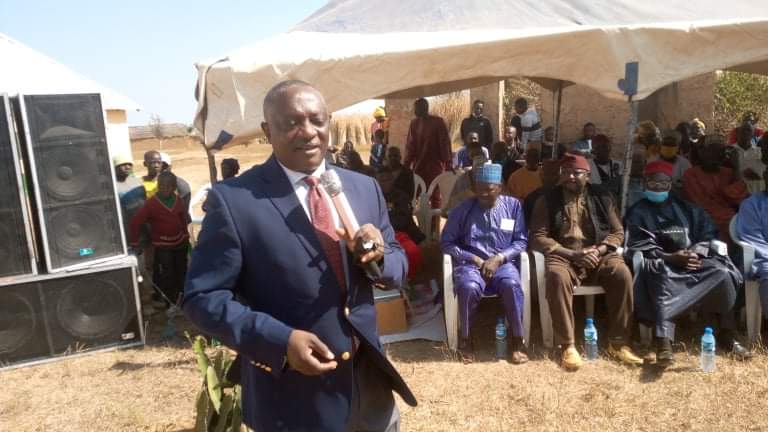 The Chief Executive Officer of the Institute of Human Virology Nigeria (IHVN), Dr. Patrick Dakum and one of the frontline Gubernatorial Aspirants in Plateau State come 2023 has urged Citizens of the State to be on the watch and reject Politicians who will approach them claiming they are Men/Women of God when they are pretending to cajole the people towards supporting their selfish interests only to display their real parochial and greedy identity when elected.

He called on the citizens to take the antecedents of all those seeking elective positions in future polls seriously to guide them in their political decisions.

He said Plateau State and the Nation are in dire need of persons who are God-fearing, credible, competent and people with good track records and uncompromising integrity to take the State/Nation to enviable heights.
He decried how politicians go about using the name of God to deceive the gullible public even when their minds are very far from God and their deeds unpleasant.
He further stated that it is pertinent for Christians to participate fully in politics but obnoxious when people use God’s name to be deceitful and become political phonies.
“There is nothing wrong in Children of God going into politics, the Church does not have a party but should provide the spiritual guide to those who want to go into politics or already in it”
“Ignore those who only know the Church during Campaigns. They are not real Christians. You must therefore know the antecedents of those coming to you for supports”

“I am not asking you to support this Candidate or political party, but I am telling you to weigh the candidates based on their maturity”
“It means then that the spiritual stability of that person is important to his maturity for him to be able to give and provide credible leadership” he stressed.

Dr. Dakum made the disclosures dispassionately while commissioning a Block of three (3) Classrooms and an Office built and donated to Bidol Community Ampang West District Mangu LGA, Plateau State by a good Samaritan and Philanthropist, Mr. Obed Dihis.

He appreciated the gesture of the donor and said the School will provide secular education to pupils. He called on other spirited individuals to emulate the gesture of the donor and partner government in providing certain needs since government is incapacitated to meet all societal needs.
He encouraged the people not to relent in getting the spiritual education that will guarantee them eternal life.
He encouraged the pupils to take their studies seriously while charging parents to ensure they support their children to access education. He later donated cartons of books for use by the pupils.

Obed Dihis said the gesture was his little way of giving back to his community and in order to address the infrastructural deficit in the School at the Community which only had an existing one block for the entire Primary School Pupils before his intervention.

The described the donor as a good Ambassador and God’s sent to the people of Bidol Community on account of his numerous humanitarian interventions saying even without being elected or occupying any political office, he is adding value to and transforming the society. They prayed God to open more doors to him so he can make greater impacts to humanity and the society.

The commissioning was attended and witnessed by Clergies, Traditional Rulers, Councillors from Mangu Local Government Council, illustrious Sons & Daughters within and outside Mangu LGA.

“Reject Politicians Who go About Deceiving People in the Name of God to Get Support” – Dr. Patrick Dakum