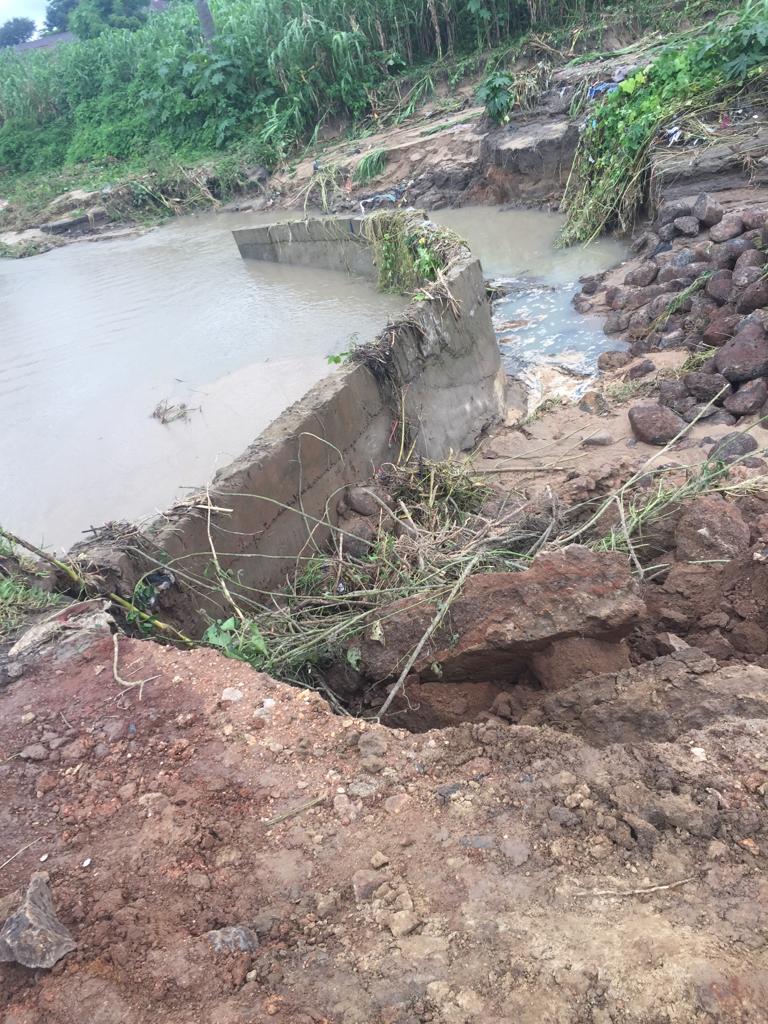 Flood has caused havoc in Kwa, Doemak, Kwalla, Kwande and Namu Districts of Qua’an-Pan Local Government Area of Plateau State, where bridges and farmlands were washed away; streets flooded, as buildings collapsed and many areas submerged in water.

The flood which occurred during the unceasing heavy rains from August 15th to 28th, 2022; affected several communities within the Local Government Area.

The Executive Chairman, Hon. Ernest Abner Da’a, represented by the Secretary to the Council, Hon. Gideon Godenaan Dashe in company of the Supervisory Councilors for Works and WASH, took an on the spot assessment of some of the affected areas.

The team visited Doemak and Kwalla Districts, were they saw the two bridges linking the Commercial centre of Doemak town and the one linking Doemak – Bwall road were destroyed, leaving those communities in isolation.

The flood also ravaged farmlands, while dozens of homes have been submerged in water forcing some households to move to emergency accommodation in public buildings.

The Council Chairman, while commiserating with victims of the flood, expressed sadness, describing the disaster as a total set back to the victims and the entire local government.