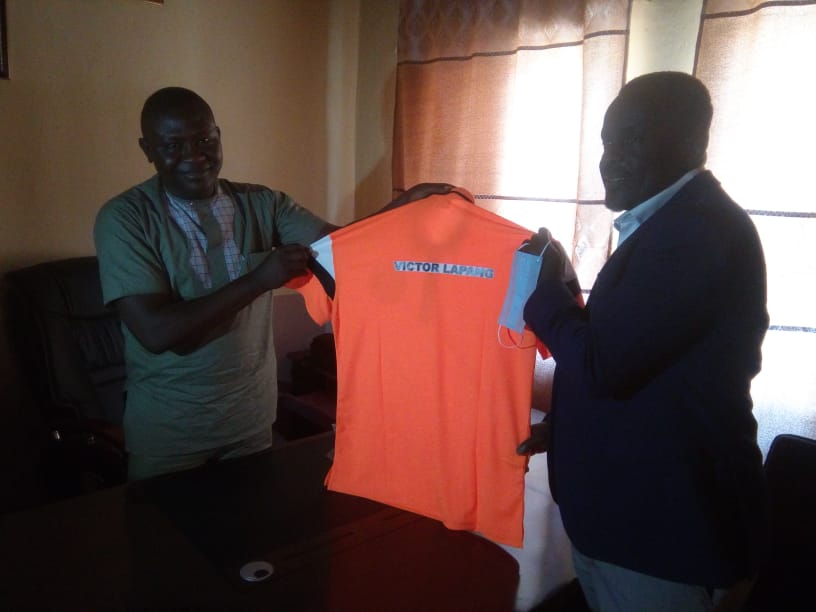 Receiving the commissioner, the Pioneer Chairman of Teqball in the State Mr Miri Timnan Nyantau, popularly known as MTN, said he’s short of words in expressing how it he feels to have the Honourable Commissioner in his office.

Nyantau, who briefed the Sports Commissioner on the Journey so far and also used the avenue to intimate him on Teqball prospective activities in the Plateau State and Nigeria as a whole.

He further stressed that PLATEQ is doing everything humanly possible to ensure that Teqball is incorporated in Schools and the Seventeen (17) local governments of Plateau State and the support of the State government via the Commissioner of Sports will be needed. He also placed on records the Association’s profound gratitude to the State Government for the support enjoined so far through the Director of Sports.

Responding, the Honorable Commissioner of Youth and Sports Development Plateau State,Hon Victor Lapang applauded and commended the commitment of the Pioneer EXCO led by Its dynamic leader Miri Timnan Nyantau (MTN), Sammy Adesoji, the Vice Chairman and the Secretary, Stephen M. Paul, states that the Executive Governor of Plateau State,Barr. Simon B. Lalong is a sports loving Governor and will ensure teqball is fully welcomed and sustained in the State.

Lapang also called on all Plateau Youths to use this huge opportunity to get engaged in this new sports so as to curtailed youth restiveness and engaged themselves in profitable activities.

Highlights of the surprised visit was the presentation of the branded Plateau State Teqball T-shirt to the Commissioner by Miri Timnan Nyantau (M. T. N).