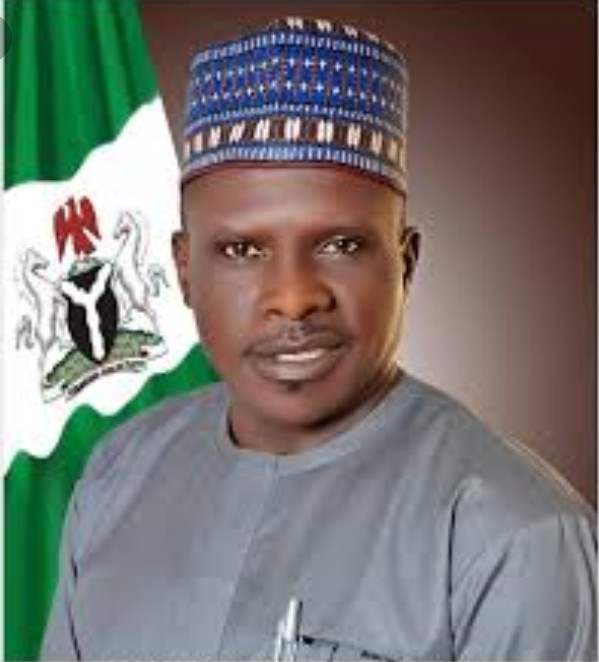 The APC Concerned Youths Barkin Ladi LGA has described the allegations by the APC Youth Vanguard Barkin Ladi LGA against the Plateau State Commissioner of Science and Technology, Hon. Gyang Musa as baseless and untrue.

The group said the Commissioner as a committed Stakeholder of the party is determined to contribute his quota to the growth and success of the party at all levels.

In a statement jointly signed by Davou Danjuma and Cmr. Daniel Istifanus, the group disclosed that the allegation that he has never held meeting since he was appointed Commissioner is laughable as he has done so and still ensuring inclusiveness by carrying all along.

They described the group as Mischief Makers who are head bent in disuniting the party and causing instability in it instead of adding value to it.

The group said the actions of mischief makers will not distract the Commissioner from contributing to the actualization of the mandate of the rescue administration as he will remain more focused and committed to growing the party.

They also lauded those who have shown commitment towards enhancing the growth of the party in the area, urging them not to relent in their efforts.

Our attention has been drawn to a publication with the above title by a nonexistent group which was hurriedly formed by persons who are not comfortable with the progress the party is recording in Barkin Ladi LGA, Plateau State and Nigeria at large.

Ordinarily we wouldn’t had dignified the publication with a comment but this response became necessary to set the records straight and to clarify the issues raised by persons I termed “destroyers” of our great ruling party.

Firstly, we wish to commend the Stakeholders of the party and supporters for the hitch free Local Government Congresses held in Barkin Ladi, other Local Government Areas in the States and the Nation at large.
These are indicators that our Party, the All Progressives Congress (APC) is the party to beat and we will continue to do our best to building the party and sustain victory for it at all levels.
The party in Plateau State under the leadership of our amiable and peace loving Father, Rt. Hon. Simon Lalong the Executive Governor of Plateau State.

While we are working assiduously to add more value to the party, increase it acceptability and popularity in Barkin Ladi LGA, Plateau State and Nigeria, some people’s determination is to destroy the values and reduce the chances of the party in the future.
This is completely at variance with their spurious and laughable allegation that the Commissioner is causing harm to the party.

The group comprised of mischievous persons with ulterior motive of causing disunity and instability in the party for reasons best known to them.

It is also untrue that since he was appointed Commissioner, he never called for a meeting. Party stakeholders are aware that he held a meeting last year where he committed both financial and human resources as well as his time towards building a stronger party. Those present can attest to that.
He has also bring to bear inclusiveness as it is the watch word of the Captain of the Rescue Administration, Rt. Hon. Simon Lalong by carrying all along in what we do.
He has been assisting the party executives and Members who are in need and through his personally effort we now have a befitting office for the party. Hon. Gyang will not relent in contributing to the growth of the party.

The allegation that he sponsored an aspirant during the Local Government Chairmanship Primaries and tagged him “government candidate” is not only baseless but childish and untrue as those with Aspiration contested and we are supporting the Flag Bearer for the party’s victory at the main election coming up soon.

Also, Ward Congresses were held and Executives were duly elected through consensus and elections in few cases without undue interference.

As for the Local Government Congresses, election was only held for the office of the Chairman and as Member of the Monitoring Committee, the Commissioner announced Mr. Stephen Haruna as the winner having scored the highest votes as Winner, we am therefore perturbed at their unquantifiable resentment.

At Heipang Federal Ward, there are unresolved issues emanating from two conflicting consensus reports and as delicate as they are, the monitoring committee have made their submission to the Party for amicable resolution of the impasse.

We calling on the teeming supporters of our great party to remain resolute and committed to building the party and to discountenance those who are determined to destroy the party they have laboured to build.

It is expedient to state that no amount of cheap blackmail or propaganda will distract us from delivering the mandate of the rescue administration.

Since he became Commissioner of Science and Technology, the State has recorded breakthroughs and successes which nationally and globally are visible even to the blind as his Ministry is placing the State on the World map in terms of technology and innovations. We will not relent but continue to encourage him to break new grounds and keep making the State proud.

We wish to call on the mischief makers to desist from distracting the party, join hands with party leaders to increase the acceptability of the party in Barkin Ladi LGA and the State.