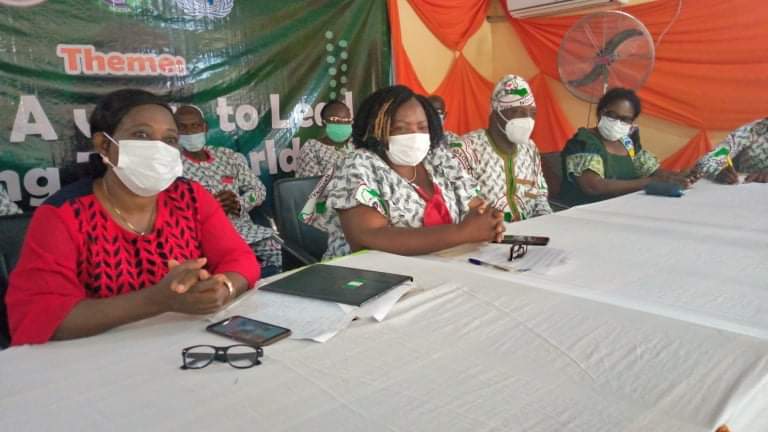 The appeal was made at the celebration of the International Day of Nurse and Midwife set aside by the World Health Assembly.

State Chairman of NANNM, Cmr. Briskila D. Dabit stated this at a Press Conference of the Association.
She applauded Nurses and Midwives for remaining resolute in the discharge of their duties in the face of the ravaging COVID-19 Pandemic which has adversely affected the globe.
She hinted that the United Nations emphasized that Nurses and Midwives are the backbone of health system.
She posited that as the world strive towards achieving Universal Health Coverage by 2030, Plateau State needs over 1,000 Nurses while additional 9 million Nurses are needed globally to compliment those already working and the ones that will retire before then.

While appreciating the effort of Gov. Lalong for giving approval to Plateau State Specialist Hospital and Hospitals Management Board to employ health Workers, she decried the retirement of over 500 Nurses from 2012 without replacement despite their importance to the Nation. She observed that the condition at the Local Government Areas is pitiable saying the last time Nurses and Midwives were employed was in 2006.

Speaking at the occasion, Nrs Ezekiel Magmang, Chairman of the Central Planning Committee spoke on the critical roles played by the Health Workers and the need for greater attention for optimal service delivery.

Director Nursing Services Plateau State Ministry of Health, Nrs Ladi Davou Zuh commended Health Workers for their contributions to Nation building and improved health of the citizens. She urged them to discard all negative tendencies, be more united; professional and diligent in the discharge of their duties as they serve humanity.

The event also featured a visit to CLAPPAI Orphanage Home Kangan Village Dadin Kowa Jos where the Association donated food items and toiletries to the home.
The group said the gesture is to share with the less privileged and give them a sense of belonging.

Founder/President of the Orphanage, Mrs. Kyenpia Yabam Emmanuel appreciated the group for identifying with the orphans and lauded the roles they are playing to National development and enhanced health of the populace.

The Association will hold a Public Lecture at Eliel Centre on Thursday 19th November, 2020 as part of this year’s event.