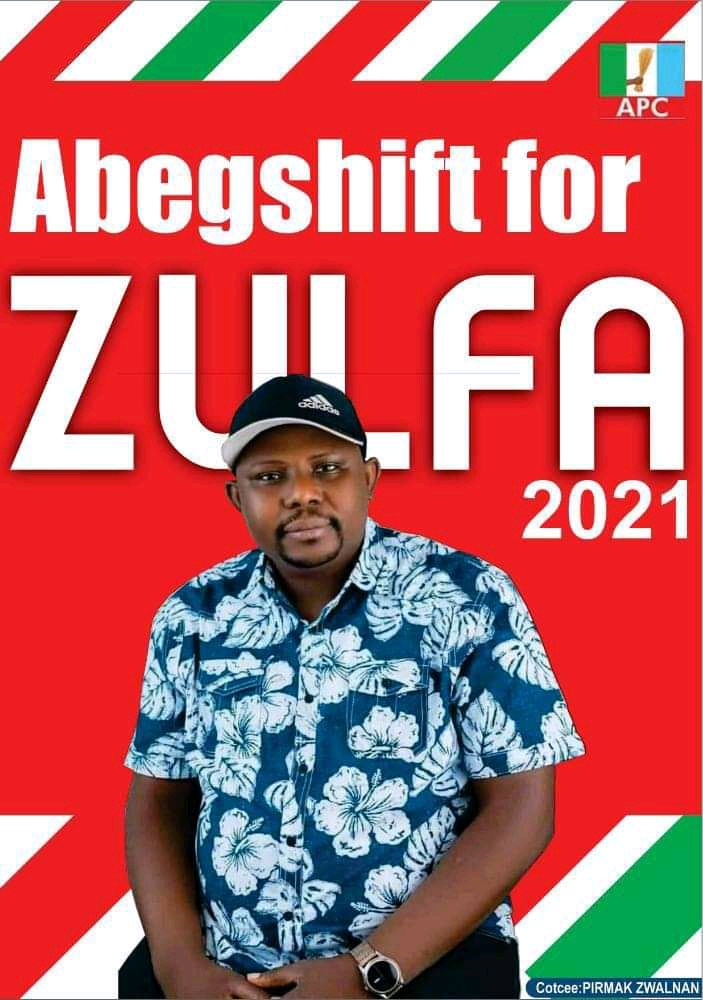 Ahead of the October 9, 2021 Local Government elections in Plateau state, Youths of several communities in Langtang North Local Government of the state have embarked on massive mobilization in support of Barr. Bitrus Zulfa Rimven the All Progressive Congress APC Chairmanship candidate in readiness for the polls .

Coordinator of the group who spoke to newsmen in Jos on Monday , Hon Nanchang Paul said that Hon Zulfa has all it takes to take Langtang North forward and called on all members of the APC in the council to rally support for the former Commissioner for Housing .

“We would stand with Zulfa ,he is the best man for the Job , he is a good man and nothing would stop us from voting massively for him come October “

While applauding Bar Zulfa for his invaluable contributions to the development of Langtang North the coordinator said he is confident that Rimven would come out victorious in the poll.

“The antecedents of Zulfa are impressive and worthy of emulation, he has carved a niche for himself in politics and a wonderful administrator .

He is reliable, honest, kind-hearted, matured and consistent in all his pursuits.

He noted that Langtang North council would witnessed tremendous developments and a near-crime free situation if Zulfa is elected chairman , stressing that he did excellently well as Commissioner for Housing .

While calling on the people to elect the Hon Zulfa ,he said I am proud to say that the Candidate of the APC in the forthcoming LGA polls in Langtang North has worked for the development of the council. His hand works speak volumes for him .

Zulfa has impacted positively on youths , he has empowered thousands of the downtrodden as well as purchased Jamb forms to several citizens of the state .

“He would better the lives of citizens of Langtang North and move our Council forward , so i call on all to support him at the polls ” ,he further added