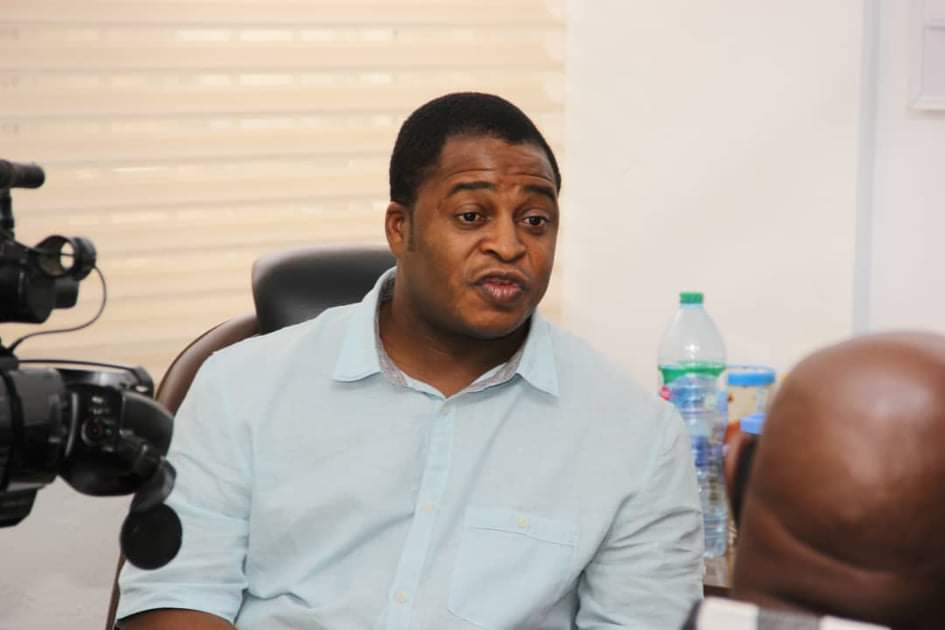 The Director General of the Plateau State Contributory Health Care Management Agency (PLASCHEMA), Dr. Fabong Jemchang Yildam has again reassured the citizens of the State of the agency’s commitment towards attaining Universal Health Coverage in the State.

He said proactive measures have been put in place by the agency to commence full implementation of the Agency’s mandate of providing affordable and quality to the citizens.

He said in line with the United Nation’s (UN) Agenda of universal health coverage which is a critical component of the Sustainable Development Goals (SGDs), the State will not relent in ensuring the drive towards the actualization of same.

Dr. Fabong who was flanked by the Agency’s top Management Staff made these disclosures when he played host to the Executives of Plateau State Bloggers and Online Media Association (PBOMA) who were in his Office on a courtesy visit.

“Our focus is to ensure that social and economic status of citizens does not create barrier towards accessing quality health care services” he said.

The Medical Expert said the Agency has reached rural communities and have volunteers across the 325 State Wards in Plateau State who are sensitizing the public on its activities.

He described the Media as strategic partners toward achieving a healthy and better society.
He disclosed that the Agency with Partner with Bloggers and Online Media in order to achieve its mandate.

Chairman of PBOMA, Cmr. Friday Bako who was flanked by other Executive Members congratulated the DG on his appointment describing him as a pragmatic, competent and purpose driven medical Professional.

He lauded the DG, his management Team and staff who are demonstrating sufficient capacity, commitment and immense competence as well as their contributions to achieving universal health coverage in the State.
He said a health Nation will give rise to a productive Nation which in turn will translate to a prosperous Nation.

He said the Association is readily available to partner in the best possible way in information dissemination and advocacy.

He reiterated the commitment of the association in creating contents that will engender unity, growth and development of the State and Nation at large.