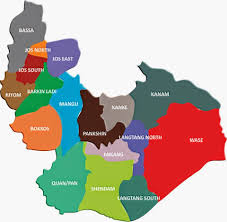 A socio-cultural group in Plateau State under the auspices of Plateau Our Heritage (POH) has commended the government of Plateau State for approving the purchase of patrol vehicles for security agencies in the state and urged that these vehicles and motorcycles would be supplied promptly in view of the precarious security situations bedevilling the Nation.

The group said the effort by the state is coming at a time the it is expressing it’s worries over the insecurity issues facing Plateau and the entire northern Nigeria in particular calling on His Excellency Barr, Dr. Simon Lalong, the Chairman of Northern Governors’ Forum and his colleagues to brace up to the issues.

POH said it is also disturbed that schools of all categories in hot spots states of the country particularly Kaduna, Benue, Borno have become targets of attacks and yet; nothing tangible is being done to address the vulnerability of the porous boarding school system thereby, subjecting students of all categories and pupils to unnecessary and avoidable pressure and attacks.

These disclosures were made in a statement signed by the Chairman, Hon. Alex Kwapnoe, Secretary Friday Bako and Assistant Secretary, Dr. Plangsat Dayil.

The group decried suspected attempts on schools in the state that have threatened smooth academic activities with about 15 students of the Solomon Lar University, Bokkos rescued recently.

“As if that was not enough, two students of the Calvary International Ministry, Popularly known as CAPRO in neighbouring Bokkos; Barkin Ladi Local government area where reportedly abducted by unknown gunmen”

“While we suggest that the education and security sectors be declared an emergency,  we also make bold to state that our situation on the Plateau should not be treated with kid gloves either if we must assure and give our people a sense of belonging”

“Only recently, the POH had joined other well meaning citizens to condemn the influx of strange  herders into the Pandam Game Reserve and the group is worried that the  administration is showing signs that it can’t manage the situation of the reserve and is ready to let go of part of our proud heritage to the FG, with fervent call for federalism currently trending, it gives us very serious cause for concern”

“We believe the state government has the capacity to manage this reserve considering its potentials if it uses its tax avenues properly and not to “dash” the reserve to the federal government who would be at liberty to decide what goes on there. As it is that large and blessed expanse of land is being inhabited by strange persons, said to be looting, raping and kidnapping the locals”

“The POH is further disturbed that if truly a State of tourism like Plateau can begin to surrender such great tourism structures because it is “overwhelmed ” with the seeming atrocities of suspected marauding bandits, then urgent  steps must be taken to address this issue in order to reassure the people that it is on course” the group said.

The group called on the government to mobilize States security outfit to support the federal Police pending the restructuring of the Country.

It also said citizens should be mobilized to be ever on the alert and be each other Brothers’ keeper.