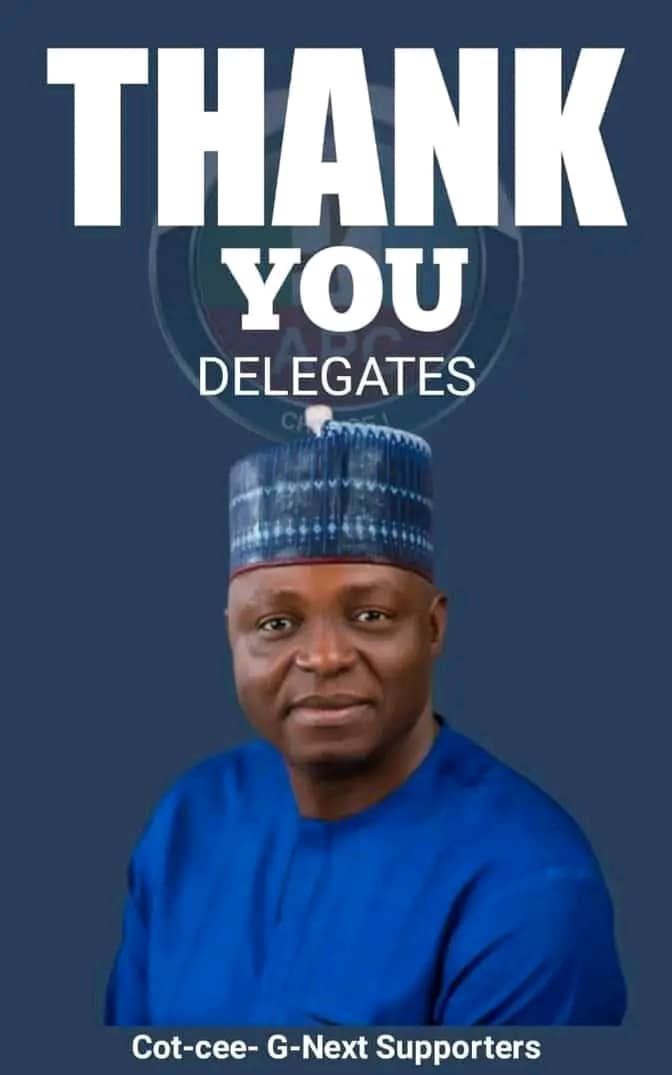 Dr Nentawe Yilwatda Goshwe scored the highest number of votes with total number of 803 out of 1035 accredited votes to emerged as flag bearer of the rulling APC.

The excited Dr. Nentawe in his acceptance speech appreciated the doggedness and courage of his opponents, for making the party popular at the grassroots, he promised to consult and work with them to ensure the victory of APC in 2023.

Dr. Nentawe is a University Lecturer with the Federal University of Agriculture Markurdi, Benue State. A scholar in artificial intelligence, and was a former Director ICT in the University and the immediate past INEC -REC Benue State. Before voting commenced , some of the Aspirants sent in their letters of withdrawal from the contest. According to the Chairman of the electoral Committee, Hon. Habu Ajiya, those who withdrew from the contest include, Sunday Garba Biggs, Dr. Sarpiya Danyaro, Sen. Hezekiah Dimka and Arch. Steve Fitka.The Deputy Governor, Professor Sonni Tyoden, Dr. Patrick Dakum and David Dimka

Dr. Nentawe will now face Barr. Caleb Mutfwang of the PDP in the general elections. Now the ball is rolling and plateau people will decide who governs the state. Nentawe promised to use technology to fight insecurity and also to build the economy of the state through Value added agriculture practice and innovation