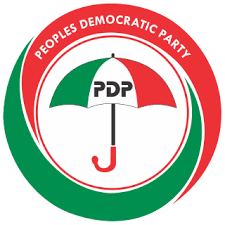 The Peoples Democratic Party, PDP, Plateau State chapter is alerting the people on the unexplained and secret business transaction going on between Governor Lalong and the Jaiz bank over plans to hand over the Jos Terminus Main Market to the bank.

A statement signed by John Akans,
State Publicity Secretary,
PDP Plateau reads that the party has it on good authority that the state government has reached an advanced stage in its plan to sign a Memorandum of Understanding, MOU with JAIZ bank (a commercial bank) next month August 2022 with the view to handing over the entire market to the said bank to run for forty years at the cost of ten(10)billion naira.

This is coming just shortly after the Governor informed Plateau citizens that over #4billion naira has been spent by his government on the same main market
without giving account of how it was expended.

Akans further added that We dire ask why Lalong is rushing to sign an MOU of #10 billion at the expiration of his tenure and what happens to the #4 billion already spent on the same project?

Lalong should explain to Plateau people the logic in mortgaging a market with a fiscal multiplier effect in the state income that will benefit the citizens for #10 billion naira lease for forty (40) years, while founding flyover bridge at the cost of #18 billion, what is the ratio?

It has also come to our notice that Lalong and his allies are as well making moves to convert public properties in the State to private ownership and further loot the state finances ahead of the 2023 general election.
It is very disheartening and sad that instead of Lalong to use his remaining few months in office to do something meaningful and people oriented, he has chosen to continue with his reckless and fraudulent posture of looting the state.

Under his watch, unprecedented corruption and betrayal of public trust has continued unabated. His imposed stooge, Nentawe Yilwada is shamelessly going round campaigning for another chance to continue with the maladministration and looting of Plateau.

We see this action as a wholesome criminal act by the APC administration in the pilfering and conversion of public assets to private ownership and a deliberate and elaborate plan to leave the state bankrupt before handing over in 2023.

No wonder some state civil servants were last paid in April 2022.

We want to warn particularly those involved in this criminal endeavour to desist from this nefarious act of betrayal and lawlessness as we will hold them accountable for their conduct after they leave office.

We want to let the Governor and his team know that we have the complete records of all inventory of Plateau State assets. We know what was handed over to him in 2015 by his predecessor as well as the true and present financial status of the State. We therefore put on record that any attempt to divert public properties and further muddle up the state finances will be resisted.

We also wish to alert the public particularly critical stakeholders in the state on this matter. Let the public be aware that our common patrimony is being tempered with, by an administration that has throughout its (7)seven and half years ,worked against the interest of the people of plateau. We want to assure the people that we will follow this matter closely and alert the public on any future developments. We shall ensure that Plateau assets remain secured and protected for the benefit of all the citizens.

We call on all Plateau citizens to snap out of this trance and lethargic helplessness bedevilling them and rescue the State from being plunged into the abyss where the shocking ineptitude of Lalong’s administration is dragging the state to.