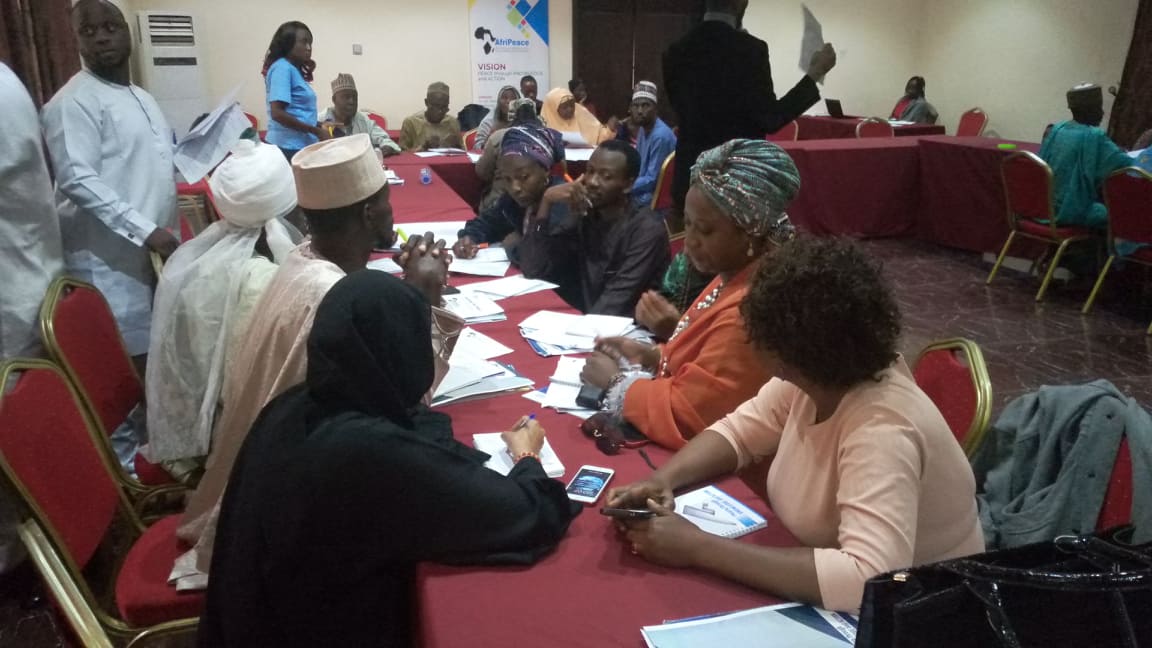 In its effort to deepen peace among various communities and religious groups in Kano, Kaduna and Plateau States which have been witnessing various forms of conflicts, African Initiative for Peace Building, Advocacy and Advancement (AfriPeace) in conjunction with the Open Society Initiative for West Africa (OSIWA) held an Experience Learning and sharing Workshop today 27th July, 2022 at Silk Hotel and Suites Jos, Plateau State.

In his remarks AfriPeace Communications Officer, Mr. David Busa-Buji disclosed that the workshop is part of OSIWA project of “building and strengthening structures for community reconciliation and conflict recovery in Northern Nigeria covering Kaduna, Kano and Plateau States” whose primary focus is to provide a viable platform for the project team and beneficiaries to share ideas regarding the knowledge they have gain so far, the impact they have made in peace building, the challenges they are encountering and the opportunities that lies ahead of them.

He said the project team was constituted in 2018 with the aim of ensuring that every aspect of the society in the target States own the peace building processes and put in place efforts and workable strategies that best suits their peculiarity. He disclosed that the workshop is a continuous capacity building effort of AfriPeace in partnership with OSIWA to equip the Community Peace Advocates (CPAs) on handling conflict and enhancing peace. He said all the CPAs drawn from the three States share many things in common such as conflicts, divisions, settlement patterns along religious and ethnic lines.

“The whole idea is how to build social cohesion in the context of how people can return to where they were mentally and psychologically by building peace in their minds despite the physical divisions. It is not the normal conventional method of always changing the participants because we started with this team from training we developed a manual, built their capacities to this level.

So their work is to preach peace but one unique thing about the project is that it is also a mentoring process for intergenerational exchange of ideas, skills and knowledge” He said. He hinted that the team is a combination of both the young, middle aged and the elderly who have committed themselves to peace building across the three focal States.

Hamza Ibrahim the focal Person AfriPeace Kano State, Elder Atang Azi CPA from Plateau State and another CPA from Kaduna State Alh. Gambo Ibrahim the Sarkin Gabas Tudun Wada who were Participants at the Workshop lauded AfriPeace for the initiative and the series of things they have learnt since the constitution of the Project Team especially bringing people together who ordinarily will hardly have anything to do with each other coming together in unity to listen to each other, mediate and dialogue issues among themselves. They hinted that the initiative has achieved a lot in making people cherish the value of people who are from diverse religious and ethnic groups coming together to engender unity, cohesion, peaceful coexistence and harmonious living. They all call for religious tolerance and better understanding among the people to achieve durable peace.