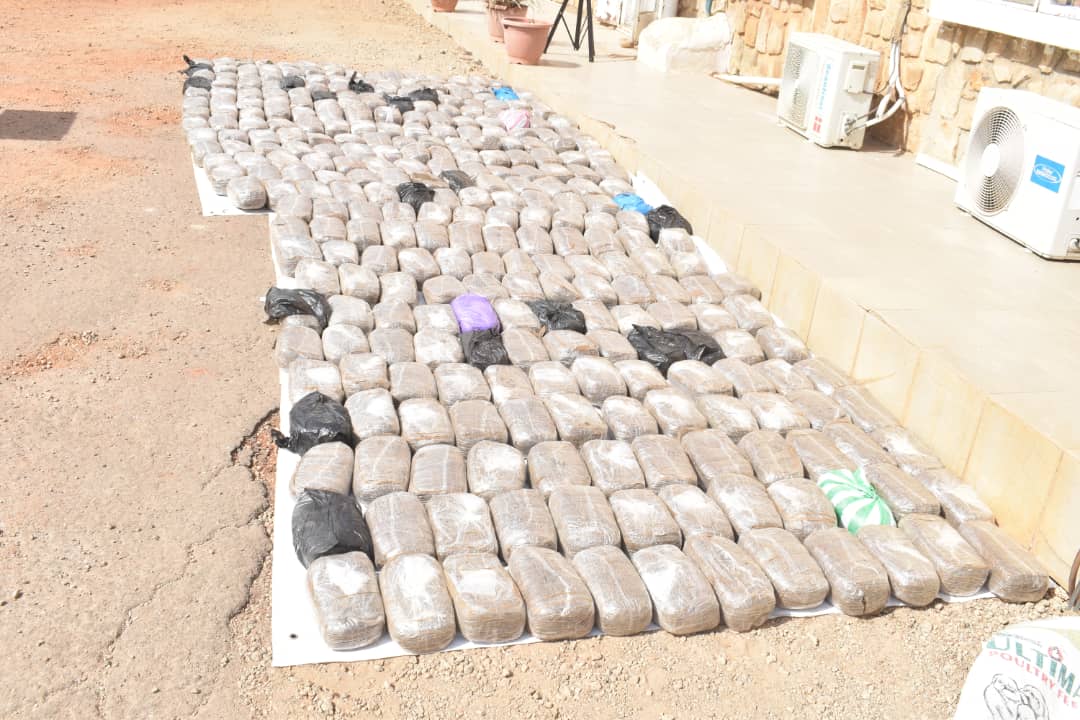 Personnel of Operation Safe Haven have bursted yet another drug syndicate and recovered 315 blocks of substances suspected to be cannabis estimated to be about N6.5 million.

The driver of the Toyota Avensis refused to stop for search at Operation SAFE HAVEN (OPSH) check point along Akwanga – Gwantu Road in Sanga LGA of Kaduna State.

On pursuit, troops shot at the vehicle. One of the suspects lost his life as a result of gunshot wounds, while the other occupants escaped into the bush. The deceased was later identified as Danjuma Salisu.

Items recovered from the car include 314 parcels of substances suspected to be cannabis sativa, 2 fake military and Department of State Services ID cards bearing the deceased name, Motorola Radio and the sum of Ten Thousand Naira (N10,000:00) only were recovered.

The relatives of the deceased have been identified and his remains have been recovered through court process for burial. Meanwhile, the suspected substances have been handed over to the National Drug Law Enforcement Agency, Plateau State Command for further investigation.

Similarly, the Pregabalin Capsules have been handed over to members of National Agency for Food and Drugs Administration and Control NAFDAC Plateau State for further necessary action.

Commending the troops for their vigilance, the Commander OPSH, Major General Ibrahim Ali has reiterated his commitment to clear criminal elements within its Joint Area of Operation. He urged for continued collaboration with law abiding citizens to ensure crime free society as he enjoins members of the public to support security agencies with credible information on criminal suspected activities.