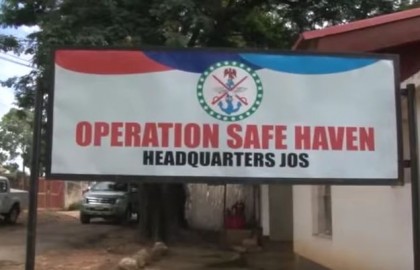 Troops of Operation Safe Haven on night Patrol having received a distress call at about 11:45pm on Wednesday 17 March 2021. The distress call involved an incident of armed robbery incident at Kutaya Street, Jengre Area of Bassa Local Government Area of Plateau State. The troops swiftly mobilized to the scene, where a Shop owner, one Mr Reuben was robbed of his personal belongings.

The corpse of the killed in action armed robber has been deposited at the Plateau State Hospital, as the gallant troops are still intensifying the search of the escaped robbers.

News of the breakthrough was made known by the Commander of the Security Outfit, Maj. Gen. Dominic Onyemulu.