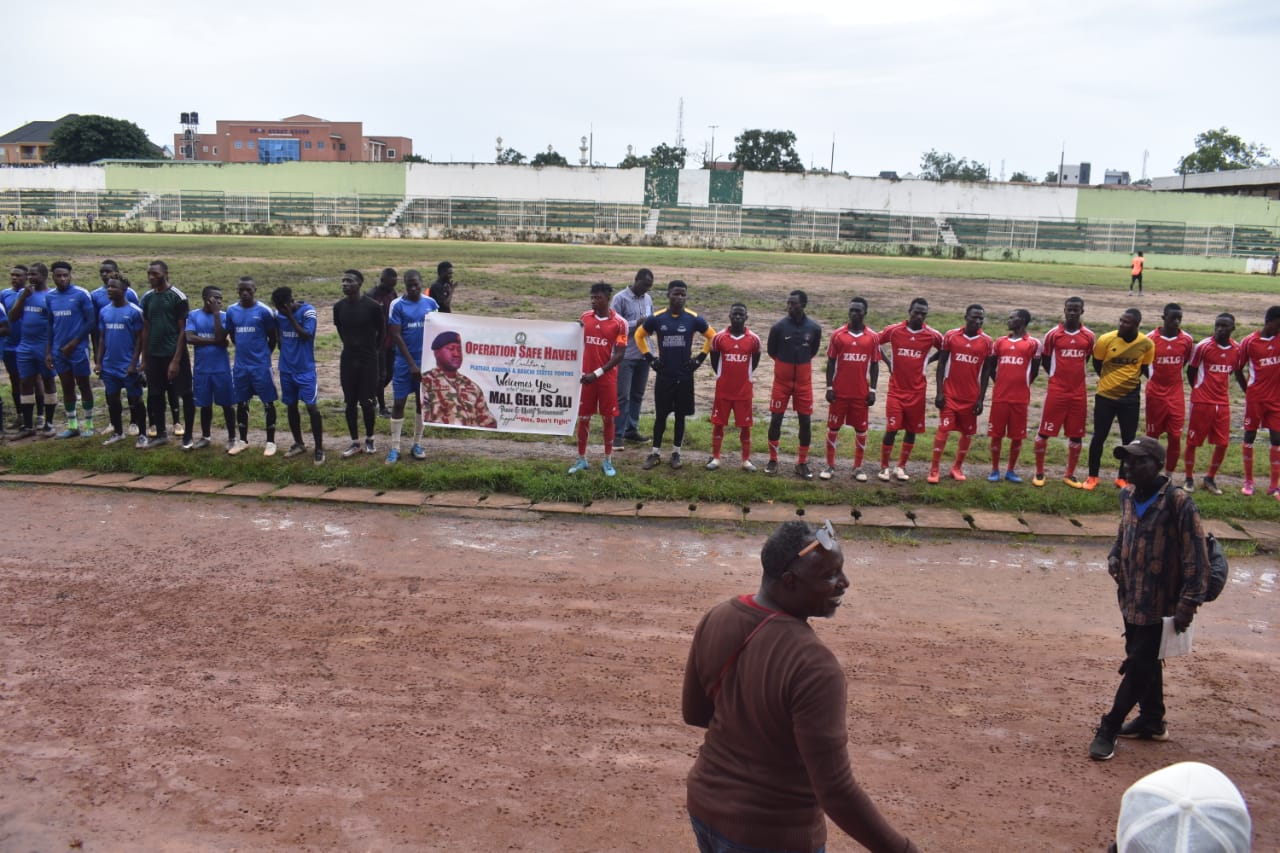 Delivering his opening remarks, the General Officer Commanding 3 Division Jos and Commander Operation SAFE HAVEN, Major General Ibrahim Ali disclosed that the tournament was significant in the peace-building process towards ensuring lasting peace on the plateau and in all the local government areas within OPSH Joint Operation Area. He noted that the core essence of the tournament was to use sports as a unifying tool to emphasize the benefits of peaceful coexistence, unity and teamwork.

Represented by the Deputy Commander OPSH, DCP Mohammad Rabiu, the commander described football as a universal sport that bonds people of diverse ethnic, cultural, political and religious affiliations together. He promised to do everything possible to ensure successes recorded in the peace building efforts are not reversed.

The commander further urged the people to join hands together to move away from behavior that could subvert the collective growth of the people and enhance harmonious living.

Also speaking, the Chairman House Committee on Navy and member representing Kanke/Kanam federal constituency, Rt Hon Yusuf Gagdi in his remarks, applauded Operation SAFE HAVEN for improving the security of Plateau state and other areas within its jurisdiction. He maintained that the
tournament would help to unite youths of diverse religious, cultural and political differences. He also pledged to continually support any initiative of OPSH designed to sustaining peaceful coexistence in the State.

Climax of the ceremony was the ceremonial football match between the 2021 Champions, Barkin-Ladi Boys and Zango Kataf FC.