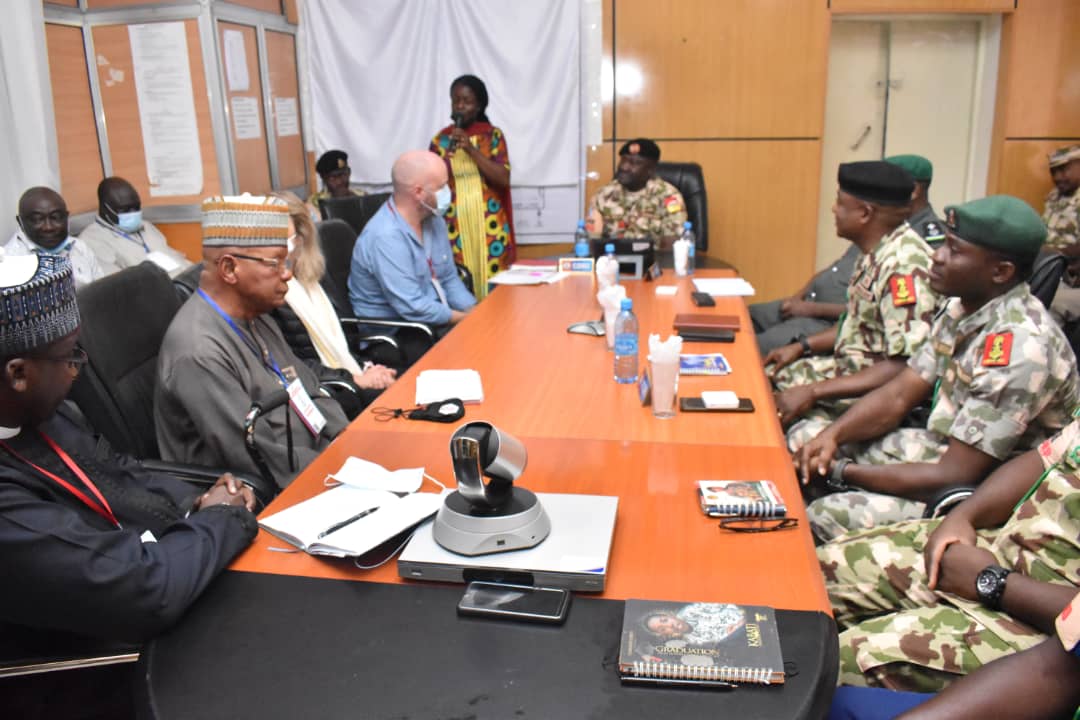 The Commander Special Task Force, Operation SAFE HAVEN (OPSH) and General Officer Commanding (GOC)3 Division Nigerian Army (NA), Major General Ibrahim Ali has said OPSH is guided by the principles of neutrality and fairness in the discharge of its roles. The commander made the disclosure today 3 August 2022, while hosting a delegation from the Center for Humanitarian Dialogue at Headquarters OPSH in Jos.

Major General Ali applauded the organisation for its role in mitigating conflict in communities. He revealed that OPSH has adopted non-kinetic strategies to eradicate violence-tendency that could create chaos in society. General Ali further maintained that OPSH has zero tolerance for human rights violation and operates to create a secured environment for growth and development to be achieved. He alluded that the meeting would strengthen the relationship between OPSH and the Center for Humanitarian Dialogue in areas of information sharing and quick response to security threats.

In her earlier remarks, the leader of the delegation and Project Associate of the group, Mrs Olufemi Ellison Domkap lauded Operation SAFE HAVEN for always acting on credible information provided by the group in order to respond swiftly to security challenges within its jurisdiction.

The team leader noted the contribution of the group in influencing the lives of troublemakers in society to embrace peaceful living and friendliness among diverse ethnic and religious groups. She highlighted the need to strengthening the capacity of women for the enhancement of back-door conversation during conflict resolution.

While suggesting that traditional rulers should be trained in the areas of mediation and conflict resolution, the team leader urged communities to adopt local method of dispute resolution for permanent peace to be achieved.

Highlight of the event was presentation of plaque and group photograph.