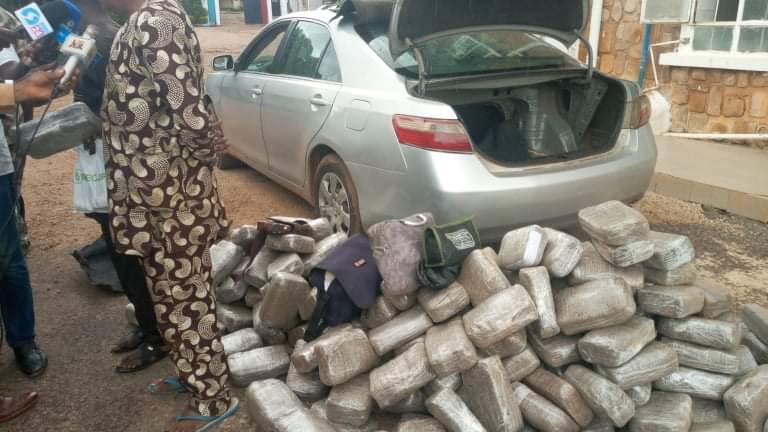 The suspects, a retired Army Corporal Essien Friday from Cross River State in his 60s and Ibrahim Ali in his 50s from Kogi State in their separate confessions hinted that they were conveying the hard substances from Ondo State to Yola, Adamawa State. Their car was intercepted by the Operatives of the Operation Safe Haven who were on stop and search operation.

Ibrahim Ali, the driver confessed that he has been into the business for 4 Years.

Other items recovered from the suspects include 18 wraps of Indian hemp ready for smoking, 2 smartphones, 3 travelling bags, one lighter and 2 wallets containing Five Hundred and Seventy Naira (N570) only. The suspects and items recovered have been handed over to the National Drug Law Enforcement Agency, Plateau State Command for further investigation.

It will be recalled that few days ago Men of the Security outfit arrested a retired Policeman and one other person with 320 blocks of Indian hemp worth N9.5 million.