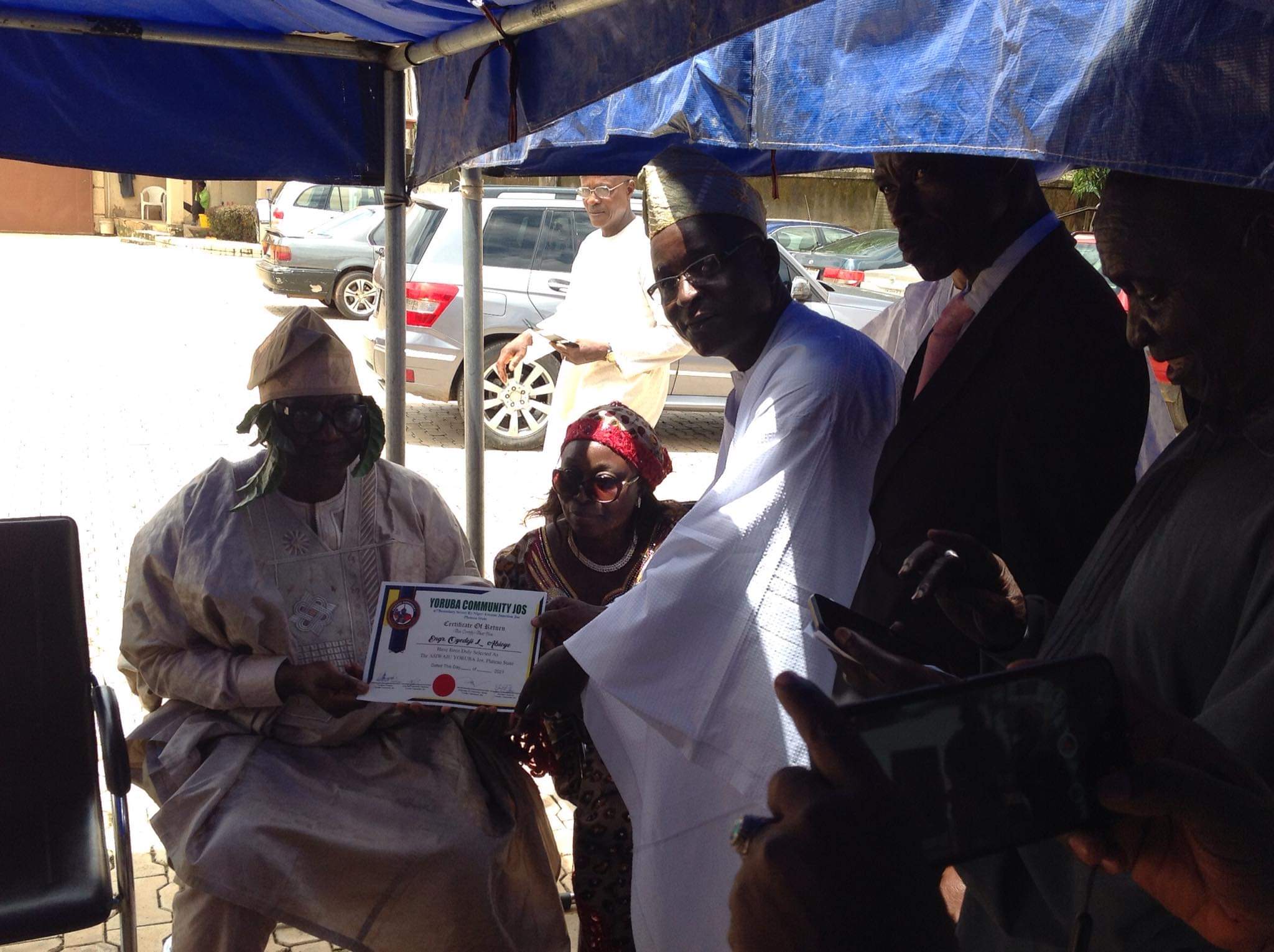 Addressing the guests at the event which held at Jos the State Capital, President General Alh. Abdulhakeem Ayinde congratulated Engr. Oyedeji for emerging the leader of the Yoruba Community in Plateau State and urged him to work towards uniting them.
He charged him to be a good leader and lead the people to be good Ambassadors of Yoruba Nation in the State.
He said he is aware of the huge responsibilities that now lies on the shoulder of the new leader but said with unity purpose and being visionary he will overcome the challenges.

In his remarks, the Chairman of Chairmen, Mr. Akano Michael described the event as a memorable one and charged the new Leader to run an inclusive leadership by carrying all along irrespective of their State, religious, economic and social status.

The presentation of certificate was done by the Joint Oba in Council which was led by the President General.

In his acceptance speech, Engr. Oyedeji Abioye appreciated the people for the trust and confidence reposed in him and for giving him the mandate to serve as the Asiwaju of Yoruba Community in Plateau State
He promised to justify the trust by working with all and uniting the people for the growth and development of the Yoruba Community, Plateau State and Nigeria at large.

He urged the people to accord him the needed supports so that together they can take the Yoruba Community to enviable height to achieve progress.

“A more united and prosperous Yoruba Community in Plateau State and beyond remains my priority” he said.