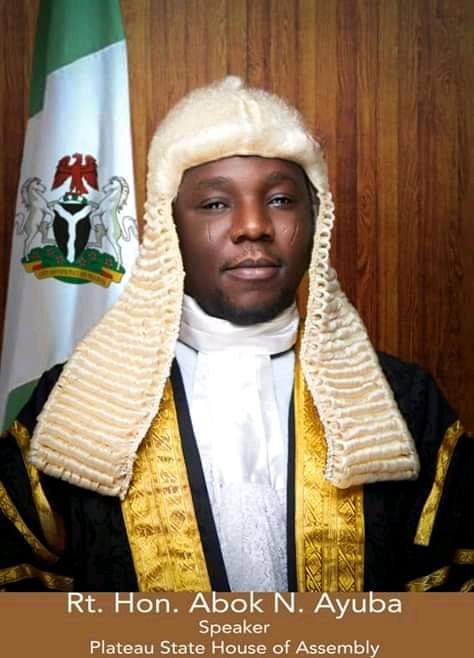 The “Not Too Young To Run” Movement has described the purported impeachment of the Speaker Plateau State House of Assembly, Rt. Hon. Nuhu Abok as legislative rascality, condemnable and intolerable calling on President Muhammadu Buhari to prevail on security agencies to restore order in the Plateau State House of Assembly and ensure the Speaker is given full legal and security backing to preside over the legislative business of the House without intimidation and interference.

The group disclosed that the eight legislators who sat to allegedly impeach the Speaker in a controversial manner and their benefactors must be held to account for subverting a constituted authority and undermining the Constitution of the Federal Republic of Nigeria.

“On Thursday 28 October 2021, eight (8) members of the Plateau State House of Assembly convened an unlawful sitting of the House and initiated an impeachment of the Speaker of the Plateau State House of Assembly, Rt. Hon Ayuba Nuhu Abok, one of Nigeria’s young Speakers of state legislatures. Reports indicate that the purported impeachment initiated by the Deputy Speaker Honourable Sale Yipmong was executed under questionable circumstances”

“First, the sitting of the House was held before the official time of sitting of House which is 9:00am”

“Second, the Plateau State Assembly was barricaded by officers of the Department of State Services (DSS) and the Nigerian Police”

“Third, only the eight members who executed the impeachment were granted access to the Assembly complex”

“The purported impeachment of Rt. Hon Abok violates the procedure prescribed by the Constitution for the impeachment of a duly elected Speaker of a House of Assembly”

“Section 92(2)(c) of the 1999 Constitution( As amended), provides that a Speaker can only be removed from office by a resolution or votes of not less than two-thirds majority of members of the House of Assembly. By virtue of this provision, a minimum of sixteen (16) members of the House of 24 person House would have been required to successfully impeach the Speaker in this instance, rendering the action of the eight members illegal and in direct contravention of the Constitution of the Federal Republic of Nigeria”

“The Not Too Young To Run Movement condemns in its entirety the conduct of the eight legislators whose actions are capable of jeopardizing our democracy and undermining youth representation in public office. This act of legislative rascality is intolerable and highly condemnable” the group concluded.